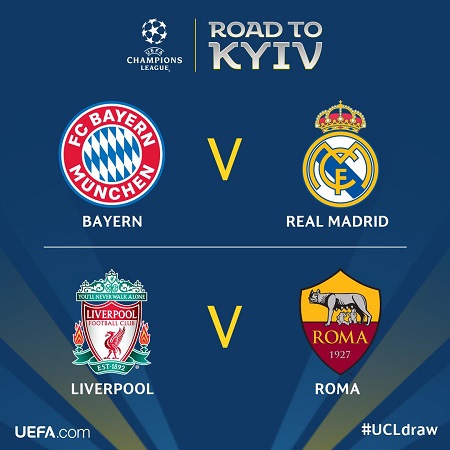 UCL Draw
The UEFA Champions League semi-final draw has been held. The games will be played on April 24/25 and May 1/2. Liverpool will face Roma as Mohamed Salah squares up to his former club.
Spanish giant, Real Madrid will lock horns with Bayern Munich for the 12th time in what has been dubbed a ‘European Clasico’.
--Advertisements--