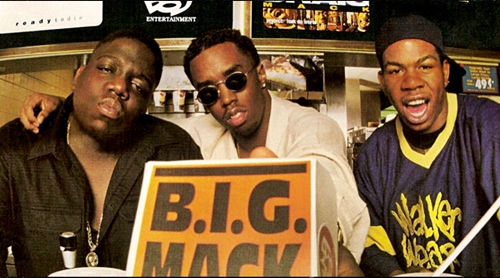 Craig Mack (right) with Diddy and Biggie
American rapper, Craig Mack, who gained fame on Puff Daddy’s Bad Boy Entertainment record label in the 1990s, has died on Monday. He was 46.
According to the New York Daily News, the rapper died of heart failure at his Walterboro, South Carolina home. His death was confirmed by Mack’s former producer Alvin Toney.
Mack is best known for the indelible classic "Flava in Ya Ear," – a Top 10 hit in 1994 that sold over a million copies – and its subsequent remix featuring Notorious B.I.G, LL Cool J, Busta Rhymes and Rampage.
"Craig is hip-hop’s George Clinton, because his stuff is really off the wall," Diddy once told The New York Times.
"He does what’s from his heart, which is where it starts for him. But his energy comes from somewhere else." 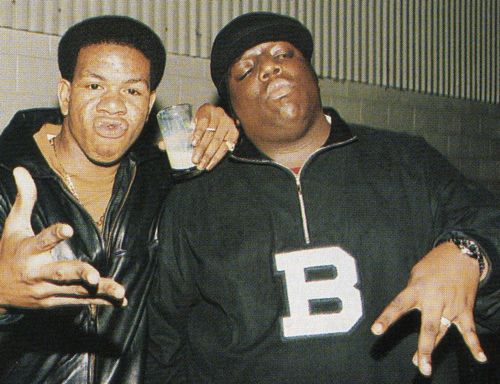 Mack and Biggie
Mack, born in Queens in 1971, helped make Bad Boy Records synonymous with New York hip-hop, kickstarting the label that would eventually make stars of Notorious B.I.G., Mase, 112 and more.
In a 1995 profile in The New York Times, Mack said he was hooked on rap by his cousins at age nine and began to write his own lyrics at age 12. "I knew I wanted to be like LL Cool J and Run-D.M.C.," Mack recalled.
Mack first started rhyming in the late 1980s. Under the name MC EZ, listed alongside DJ Troup, he released a single 12-inch on Fresh Records in 1988: "Just Rhymin’" b/w "Get Retarded."
The nimble B-side would become a fave among rap fans and was interpolated by Dr. Dre and LL Cool J for the single "Zoom."
Mack eventually met Diddy – who was at that time looking to set up Bad Boy after being fired from Uptown Records – outside the club Mecca in Manhattan. Mack freestyled for Diddy and earned a record contract.
--Advertisements--