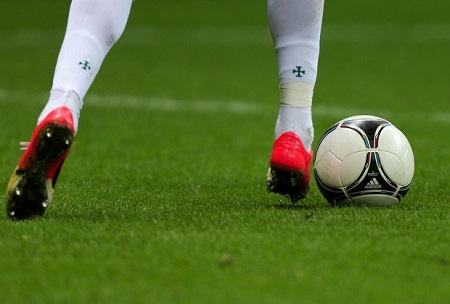 A Brazil-based former Nigerian footballer identified as Chukwuneta Anyabolu, who is popularly called Changa or Chassis, has met his tragic death in the foreign country.
According to reports, one of Anyabolu’s associates in Brazil, popularly called Daniel and his partner Ezenwa, who are also Nigerians from Nnewi conspired to dupe the ex-footballer of goods worth several millions of dollars.
It was gathered that the goods were supplied to Anyabolu by other business partners. When the ex-footballer failed to remit profits made from the transactions, his business partner started threatening to arrest him if by March 16th he fails to pay back their money or return goods supplied top him.
The ex-footballer was disturbed by the threat from his partners and this forced him to start searching the whole of Brazil for the criminal duo of Daniel and Ezenwa. After weeks of searching, the ex-footballer got information that one of his friends who duped him was sighted in a building in the city centre.
Anyabolu, invited the police who joined him to apprehend his criminal friends at the building where one of them was sighted. Ezenwa, was arrested in one of the top floors of the building. But while being taken to the police vehicle, a smart Ezenwa escaped and jumped through the window from the third floor.
A shocked Anyabolu and the policeman in tune pursuit jumped after the escaping Ezenwa who was familiar with the terrain and landed safely on a platform.
But, Anyabolu and the policeman were not lucky as they landed badly on the hard concrete floor. The cop landed on his feet, breaking his sheen, Anyabolu landed with his head and died instantly.
--Advertisements--