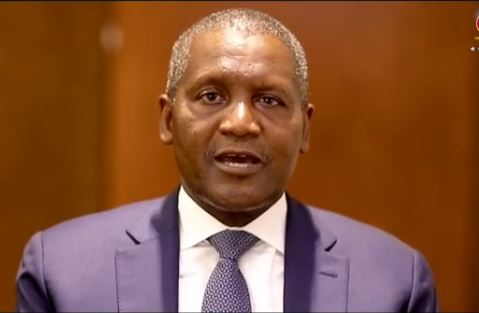 Aliko Dangote
Aliko Dangote, the richest man in Africa, has recorded a new Video for the sole purpose of blessing the marriage of his daughter, Fatima and her husband, Jamil.
In the Video which has now gone viral, the billionaire businessman said he had known Jamil long before he even ”realized he had gone into his garden to pluck his rose”.
He then blessed their union and offered to help the couple whenever they are in need.
Watch the Video below: