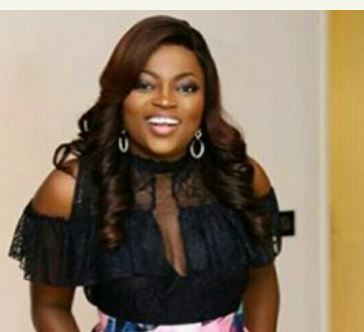 The actress is yet to confirm or deny the story even though she and her publicist have been reached for a statement, that notwithstanding, Nigerians have already taken to Twitter to express their excitement.

“Avengers: Infinity War” is the most anticipated movie of 2018, according to IMDB, and features Akindele alongside Marvel characters such as BlackPanther, Captain America, Iron Man, Black Widow among others.

Here are seven things you should know about Akindele’s role in the movie:

1. The Dora Milaje (pronounced dora-meh-LAH-shay) is translated in English as “Adored Ones”

2. In the comics, the Dora Milaje are the personal bodyguards of the BlackPanther, recruited from every tribe of Wakanda.

3. As an ancient tribal tradition, the Dora Milaje are assembled as potential queens for an unmarried king. This is to maintain unity in Wakanda by ensuring the possibility of the king selecting a wife from any of the 18 tribes in the kingdom.

4. It’s customary for the Dora Milaje to shave their heads and have tribal markings. In 2017, Akindele shaved her head. It could be for the role, or not.

5. While most of the Dora Milaje are nameless, several like Okoye (played by Dania Gurira) Nakia (Lupita Nyong’o) and Queen Divine Justice are the most prominent.

6. They are the most accomplished female fighting team in the Marvel Universe. With ease, they fought the master Russian assassin Black Widow and almost defeated Storm.

7. The Dora Milaje are trained to kill, but BlackPanther’s orders limit them to just injuring enemies.