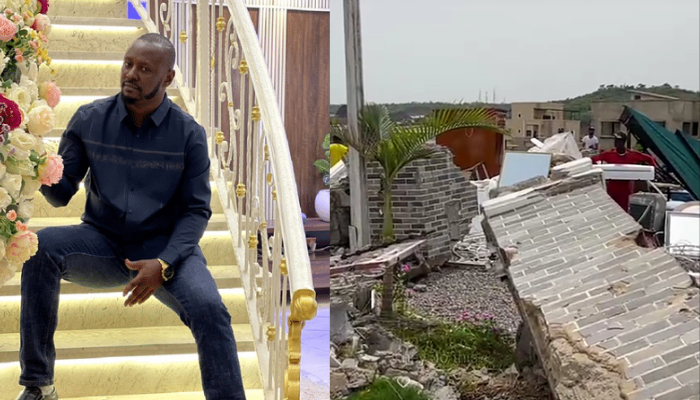 Joseph Egbri, popularly known as Kpokpogri, an ex-lover to Nigerian actress, Tonto Dikeh, on Saturday cried out over the demolition of his Abuja home.

The distraught Kpokpogri went live on his Instagram page to allege that his house was being destroyed by the Federal Capital Development Authority.

He noted that the house being destroyed was worth over N700m.

In his live session, Kpokpogri further stated that when he asked them why his building was being destroyed, they said it was an “order from above.”

He said, “They told me the order is from above… I have my building approval, I have all my documents, and I paid four million naira for the documentation fee.”

Kpokpogri noted that the FCDA monitored the house construction from the foundation to the finishing level.

He alleged that the government has decided to bring down his home because he was from the Niger Delta and has refused to sell the house to them.

Efforts to reach the FCDA was not futile as calls made to the agency’s representatives were unanswered and texts were not replied.