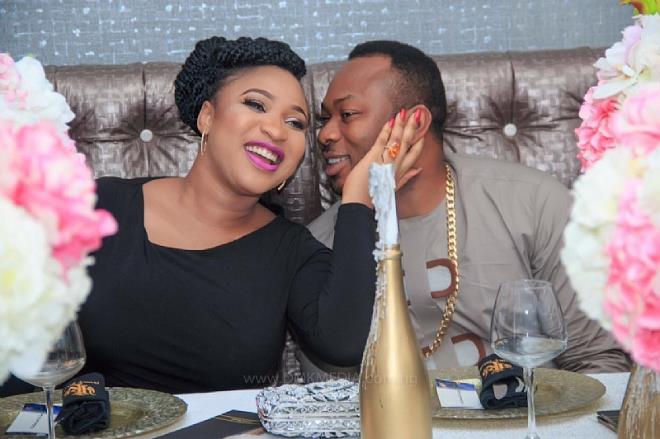 AMONPOINT had earlier reported that popular actress T onto Dikeh was set to start a reality show (King Tonto) on Linda Ikeji TV. The reality show will show fans her life behind the scenes and it will also feature her son King Andre.

But several sources are reporting that if her ex-husband Olakunle Churchill has his way, this wouldn’t be the case and the reality show will not see the light of day.

This is because Churchill is reportedly seeking a court injunction against the show because his son’s image may be exploited for financial gains. See ptuneos of the alleged court documents below:

A trailer had also been released of the upcoming reality show and it was in it that the actress revealed that she had had plastic surgery which cost her N5million.

Tonto is yet to respond to this new development as at the time of writing this report. 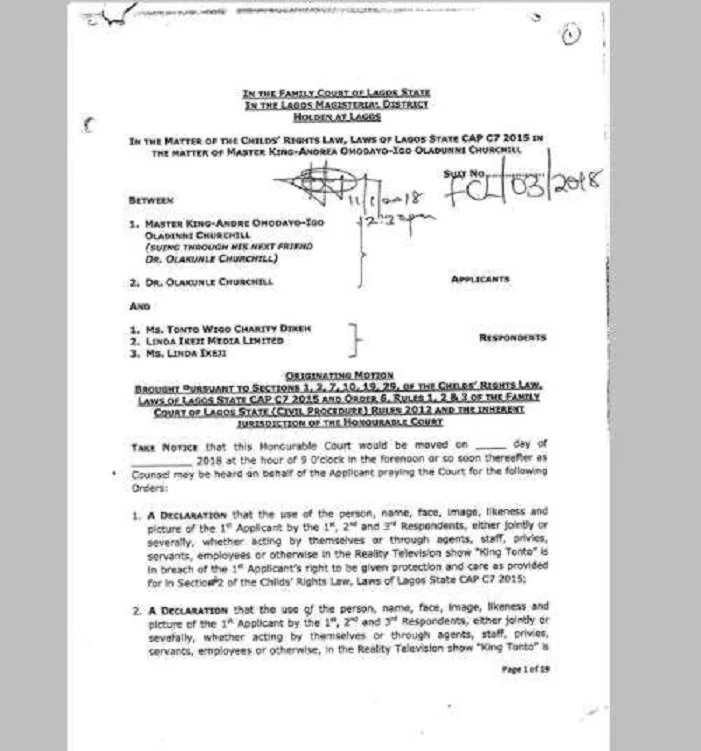 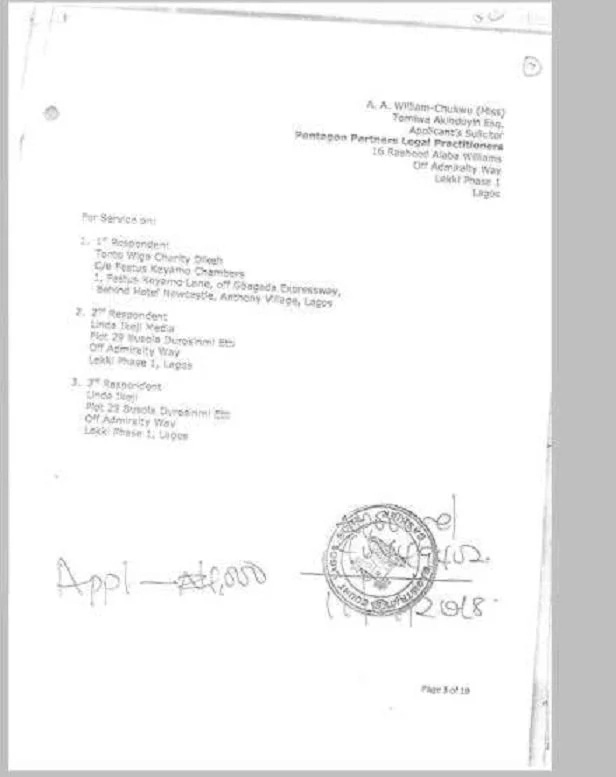