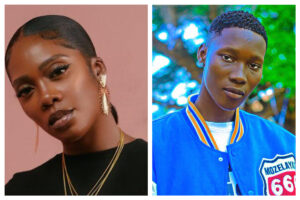 Summer is fast approaching and we might have one of the biggest jam this summer as Tiwa Savage and Zinoleesky are set to unlock a new single.

In a video sighted on TikTok, the African bad girl was seen jamming to the yet to be released single with the caption ‘We must #Jaiyeforeign’ which probably hints at the title of the impending tune.

The project also appears to be produced by multiple award winning Nigerian beat-smith and audio engineer, Pheelz as the producer’s known tag was heard within the first seconds of the song.

Although details of the Tiwa Savage and Zinoleesky collaboration isn’t known, this forthcoming single will be the first release of the year from the female star who is currently in Europe on her ‘Water & Garri’ tour.

Preview the song below: