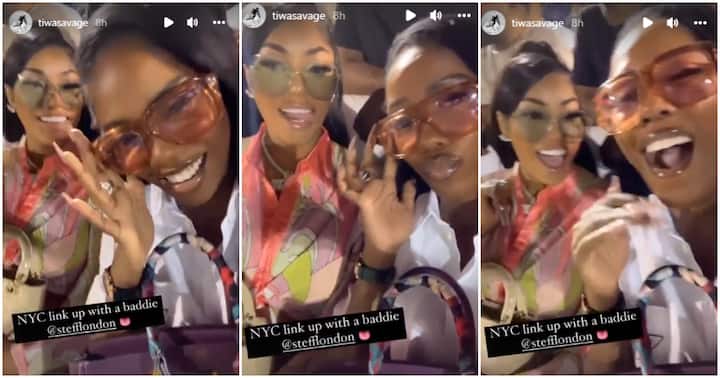 The Somebody’s Son singer seemed excited to meet the British rapper and took to his social media page to share a video of them together.

In the clip, Tiwa and Stefflon were all smiles as they joked around for the camera to the delight of fans.

The Nigerian singer also accompanied the video with a caption that reads:

“NYC is linked with a baddie. @stefflondon”

Someone said Tiwa and Stefflondon linked up to discuss Wizkid and Burnaboy 😂🤦🏽 pic.twitter.com/XioKVbiUIm