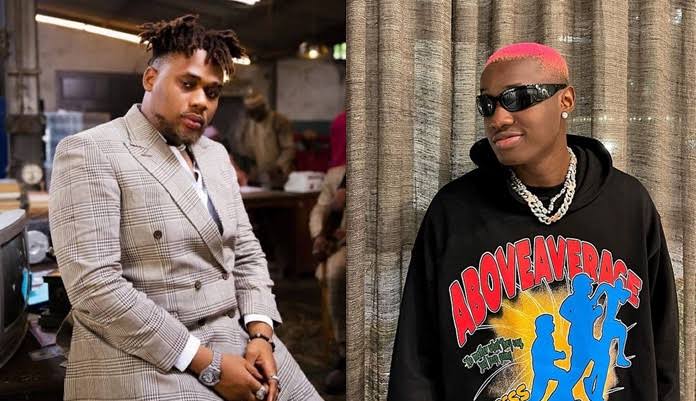 Recall that the duo had yesterday exchanged hurtful words on Twitter.

The rift between the singers escalated yesterday even though it started way back in July when Ruger replied a BNXN fan who claimed the latter was a better singer.

In the latest altercation, BNXN, who recently released his new project, ‘Bad Since ’97, on Wednesday took to Twitter to make a celebratory post after it topped the Apple Music’s Nigerian album chart.

The line is a reference to Rudger’s hits song, Girlfriend.

Responding to the tweet, Rudger asked BNXN to “get a solo hit then talk to me fatty bum bum.”

Replying BNXN wrote: “The project will ALWAYS be more important than the hit! Look at Burna Boy! That’s my yardstick, you think I wanna blow with ½ songs and I no fit come back ?? When he was dropping you didn’t call those songs hits back then but you see now? Open your eye patch.”

Sharing pictures of Ruger’s albums, Pandemic EP and The Second Wave (Deluxe edition), which currently sit at number 64 and 33 respectively on the same charts, BNXN also tweeted, “Project #1 and I didn’t have to whine my waist”.

Speaking on the incident in an interview with Naija FM, Buju revealed that he has being warned by Burna Boy and Timaya that there are backstabbers in the industry.

He revealed that they told him that there are so many fake individuals in the music industry, warning him against being too friendly with them.