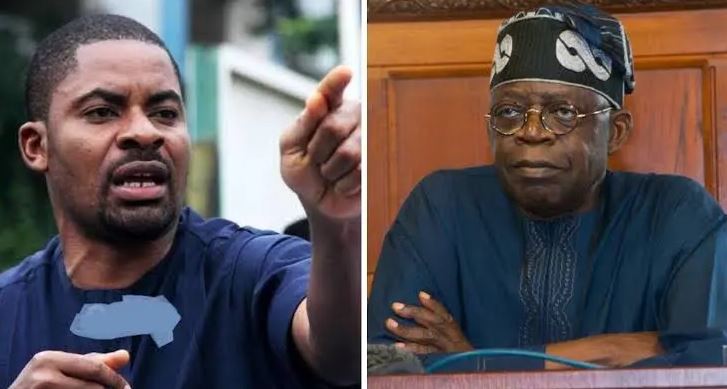 A message allegedly sent to delegates of the All Progressives Congress (APC), not to vote for sick thieves has been shared online.

Deji, who reacted with a screenshot of the text message wrote: “Message to APC delegates yesterday by one of the aspirants but they still went with the dollars. No time! ?.” 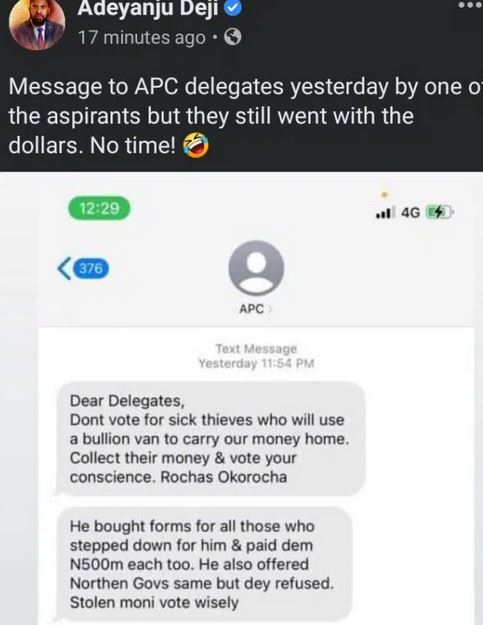 The text message reads: “Dear Delegates, Don’t vote for sick thieves who will use a bullion van to carry our money home. Collect their money & vote your conscience. Rochas Okorocha

“He bought forms for all those who stepped down for him & paid dem N500m each too. He also offered Northen Govs same but dey refused. Stolen moni vote wisely.”