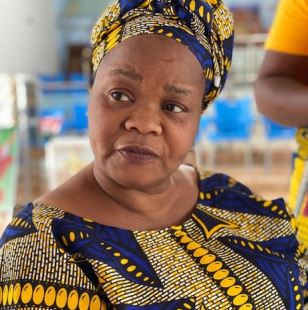 Popular Nigerian actress, Bimbo Oshin has debunked claims that she is reportedly down with an illness.

Speculations of Bimbo Oshin’s wellness started after her colleague Kunle Afod took to his Instagram page to appreciate and solicit prayers for her.

Afod had praised Oshin for being a beautiful person both inside and out, “She’s beautiful inside out. Send a word of prayer to her tonight. @bimbooshin,” he wrote.

The post, however, generated mixed reactions as some people panicked and wondered what could be wrong with the actress considering she is just recovering from the demise of her husband, Dudu Heritage.

Reacting to the growing concerns by her fans and followers, the mum of two took to social media to address the brewing rumours of her sickness.

She wrote, “We were on a movie set when this picture was taken . There is absolutely nothing wrong with me . @kunleafod was the director of the said movie, Kunle Afod was only appreciating me by this post. God bless you and be with you all in Jesus name #Repost @kunleafod