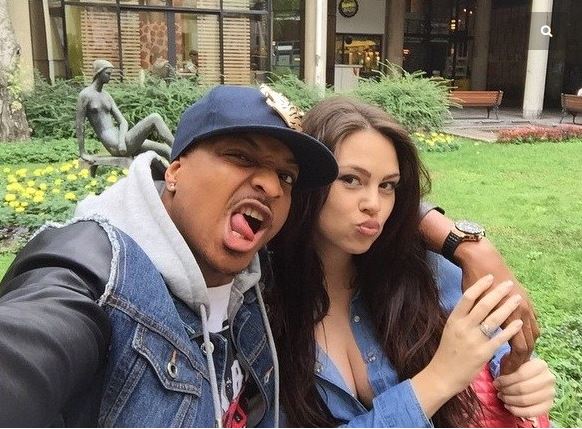 IK Ogbonna and wife, Sonia Morales
Nollywood actor, IK Ogbonna has penned down his thoughts on the state of marriages in this generation.
According to the actor whose marriage is reportedly on the rocks, there is no love in marriage, but in people. He said 90 percent of marriages are unhappy and this must be fixed.
"Our generation must change their approach to marriage for the sake of the next generation. This is not just for me as an individual but for those who need it.
90% of marriages are unhappy and wear fake smiles and pretend to be happy while depression is the case.
First we must remember that u married a friend , a support system , not an enemy or competition. You are now one . And since u chose that person out of a world population of over 7 billion ppl , ur job is to protect that person always and make each other happy.-Ik O
“Most people get married believing a myth. They believe that marriage is a beautiful box full of things they have longed for… companionship, intimacy, friendship, etc.
The truth is that marriage at the start is an empty box. You must put something in before you can take anything out.
There is no love in marriage. Love is in people. And people put love in marriage. There is no romance in marriage. You have to infuse it into your marriage.
A couple must learn the art and form the habit of giving, loving, serving, praising, of keeping the box full.
If you take out more than you put in, the box will be empty.-J Allen  If we don’t fix marriages in this generation
It’s only going to get worse and our children would be the one to suffer it .
#SeekSurfaces #Heavy #ToughTalks #Amen #TheMarriageBox #Humility #Respect #Honor #Value #Patience #Forgiveness #RespectTheCovenant #Love #Life #Truth #Marriage" he said.

Tega Reveals Her Marriage Might Be A Sham, Followers React