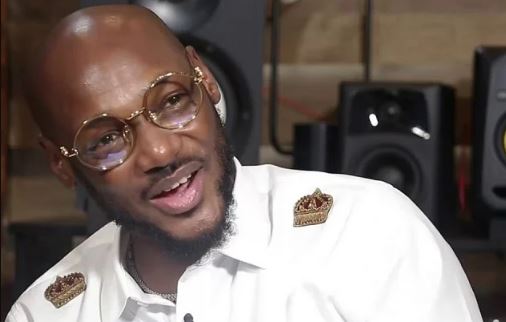 Nigerian ace singer, songwriter, and performer, Innocent Idibia, popularly known as 2Baba, has reacted to the reports of him impregnating a banker.

Rumours and speculation of the singer having an additional baby hit the internet on the 8th of August after he penned a public apology and note to his wife and then deleted it. However, his management stated that the pregnancy stories were false.

According to his management, the singer’s deleted appreciation post to his wife was not in line with news of another pregnancy outside of their marriage but was simply a public apology to his wife and children for his shortcomings while in pursuit of stardom and a plea to be allowed to make music without being placed on a pedestal.

In an update of events, On Monday, August 15, 2022, 2Baba took to his Instagram Stories where he described those who have been spreading the pregnancy rumours as people with “fried brains”. He wrote

Una too like belle matter. See people wen nor even know who be their senator just dey insult unto wetin dem no even get any idea about una welldone. Father forgive them for their brain has been fried. 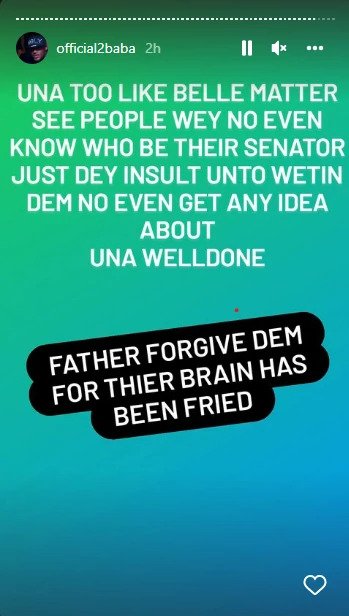