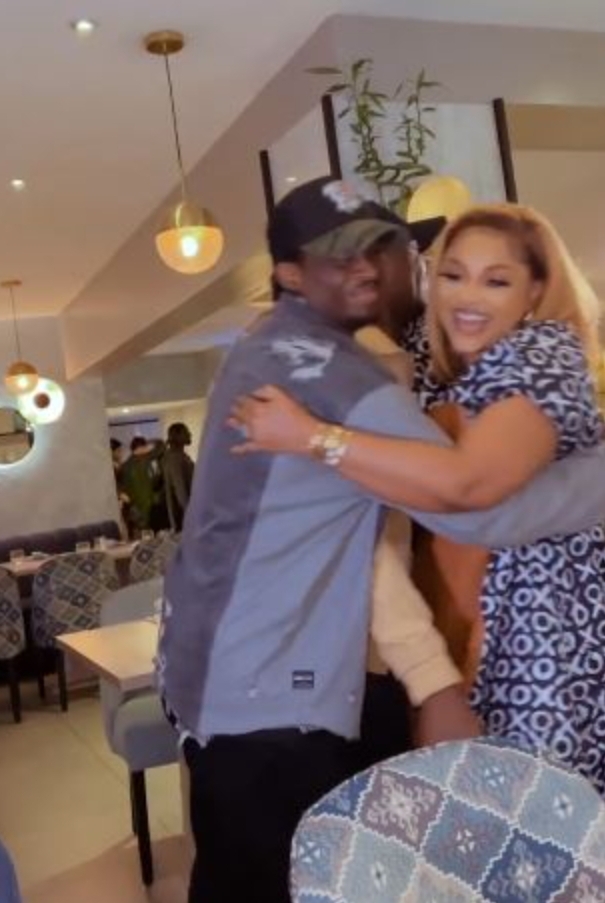 The hostility began back in Biggie’s house where the duo used to be roommates until they were separated by eviction.

Eloswag had put up his roommate’s name for eviction, and it was the same week Pharmsavi was kicked out from the show.

In a recent video, the duo were reconciled with the help of Mercy Aigbe who could be seen talking to Pharmsavi before asking for a group hug.

Some of the other housemates could be heard in the background cheering up the duo for agreeing to make things work again between them as friends.