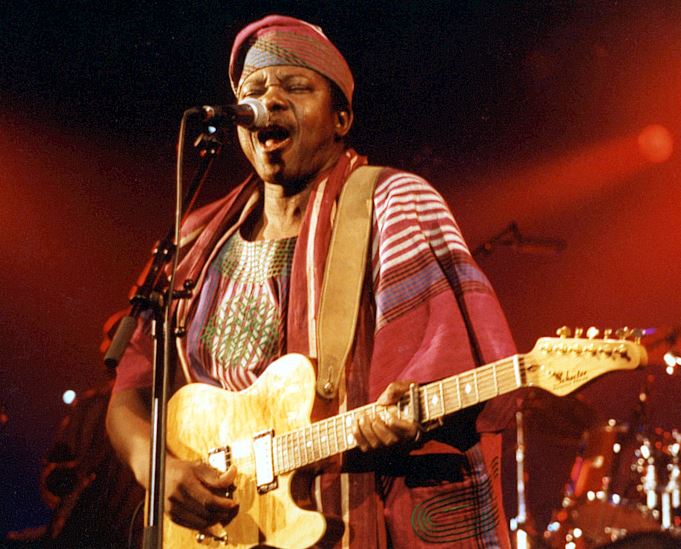 A video has captured the moment legendary musician, King Sunny Ade hit one of his backup singers for picking the money sprayed during a performance.

In the video posted on Instagram on Monday, the music legend was seen slapping the crew member after a successful attempt at picking up the currency.

The hilarious moment also showed the backup singer trying to take back the money which the 75-year-old collected from him and this was followed by a kick from Sunny Ade.

Reacting to the video on Instagram, many likened the scene to the drama between ‘Zazu Zeh’ singer Portable and dancer Poco Lee, who was accused by the former of stealing money sprayed on him during a concert.

Some of the comments read;

“Another Portable on the go,” Julia Anosike wrote.

“This one na elderly version of Portable, “Daisy baby added.