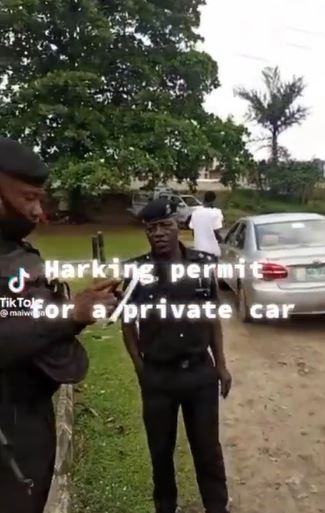 A video has captured the moment a man confronted some police officers asking him for hackney permit.

In the video, the man noted that he was driving a private car and shouldn’t be asked for such. One of the police officers was however heard telling him that he would ‘regret it.’

The hackney permit is another document that is required to drive freely on Nigerian roads and particularly on Lagos roads without any form of harassment.

To simply put it, the hackney permit is simply a license for vehicles below a certain weight category to carry goods within a state.