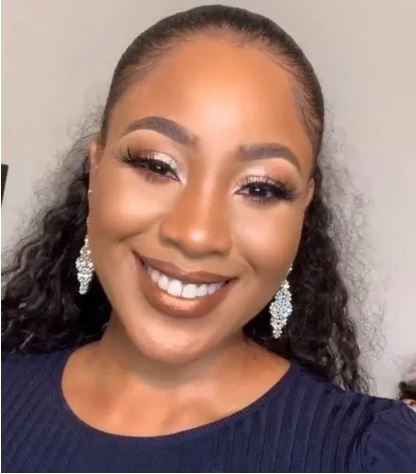 Erica Nlewedim, a former BBNaija housemate, said her stay in the house taught her never to let her emotions get the better of her.

The reality star disclosed this on Saturday night in an interview with Chude Jideonwo on TVC.

Erica was referring to her outburst that ill-fated Saturday night that led to her earning a third strike and, consequently, disqualification from the house.

According to Biggie, she was disqualified for consistently breaking rules and behaviour that was not in congruent with house rules.

Erica, however, confessed she never knew what happened to her that night, adding that the next day she asked Dorathy who she had a spat with the night before. And Dorathy told to be more careful next time.

It would be recalled that that night Erica let herself loose and called Laycon, the eventual winner of the BBNaija Lockdown Season 5, all sorts of unprintable adjectives, adjectives such as drumstick, thin, ugly etc when Ebuka said Laycon had told him she had tried to kiss Laycon twice. She also threatened to kill him outside the house, adding that Laycon would not live up to 50. That got many fans wondering whether Erica had prior knowledge of Laycon’s health status before he confessed he had sickle cell anemia.

In the interview with Jideonwo, Erica also said many things led to her outburst that night. Putting the blame on alcohol, she also said she was dealing with mental stress during the week leading to her disqualification, adding that she felt she had only one friend (which was Kiddwaya) and she couldn’t do the things she wanted to do to let up steam since she was constrained by house rules. She also said she felt there was nobody to whom she could express how she felt in the house at the time.

Erica, who said she didn’t watch the grand finale, as she was engaged with some family friends that night, said she had moved on. She also expressed how shocked she was when on leaving the house she saw the love her teeming fans had shown her, referring to the support she had and #GoFundme for Erica, which they organised for her. Asked whether she had received the money, she replied in the negative but was optimistic it would soon get to her.

Asked about her relationship with Kiddwaya, she said they still remain the best of friends. She also revealed that apart from Kiddwaya, Dorathy was the only housemate that was closest to her. She then appealed to her fans to follow the path of peace and see how they can be of help to one another and help each other grow.

Asked whether she felt she deserved the third strike that led to her disqualification, she replied in the affirmative but also confessed that she didn’t feel she deserved the first two strikes.