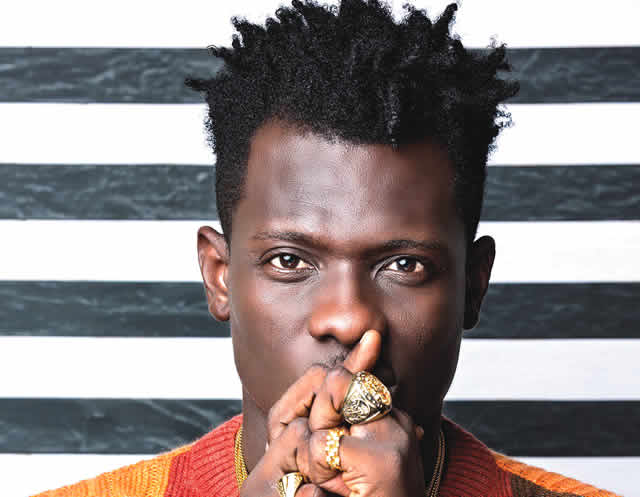 A video allegedly made by the singer’s girlfriend emerged on Twitter earlier today, February 20.

In the clip, the Apala Wifi singer was caught by his alleged pregnant girlfriend in bed, with some lady who according to the poster of the video, the singer, had previously claimed was a cousin.

The video has been the subject of much discussion on Twitter and caused Terry Apala to trend.

The poster of the video who claims to be a friend to Terry’s girlfriend, claims the singer had been avoiding his girlfriend.

All attempts to see Apala proved futile, and it wasn’t till the girlfriend paid a surprise visit that she caught the singer pants down with his alleged cousin.

catch the rest of the story here:

While we know this is a rather sticky and embarrassing incident, we also know any publicity is good publicity, and this has led to speculations that the singer might just be trying to get back in the public eye, and what better way than a scandal?

Here’s what some tweeps had to say:

This terry Apala thing looks fake Abeg! #TerryApala . Not heard from him in a while. Maybe new music wan drop!

I'm not in support of men cheating on their woman but why bring this thing to social media, If I'm Terry Apala I'll not not take it lightly for bringing my private matter to social media.

Women would come on social and report their cheating partners only to go back to him one fake apology/expensive gift later.

and then there were others who were there to enjoy the drama:

Terry Apala dumped his pregnant girlfriend and felt cheating would be 9ice.

Publicity stunt or not, time shall tell.