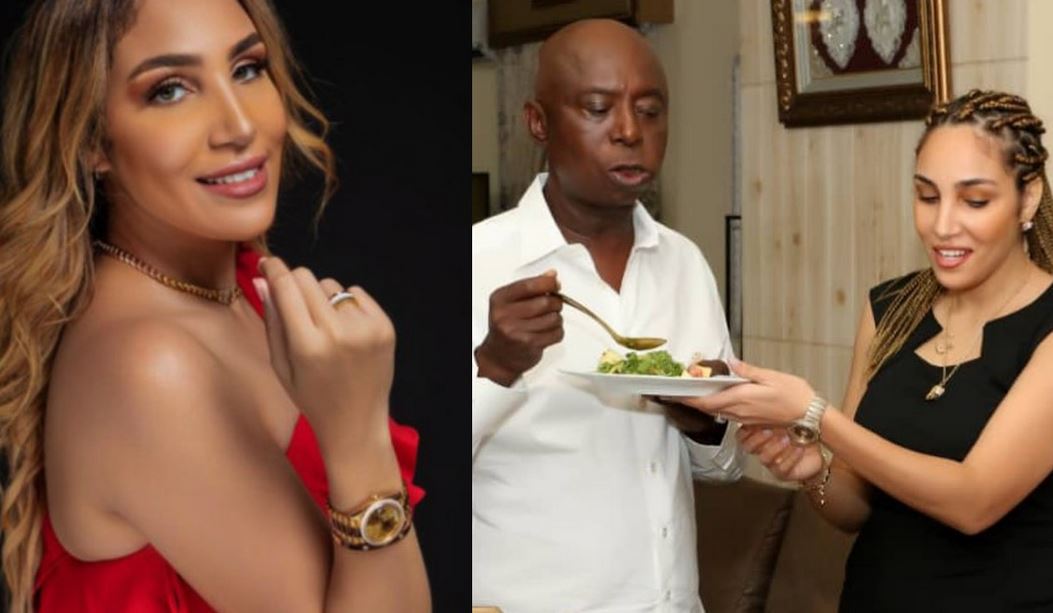 Laila Charani, the estranged wife of billionaire, Ned Nwoko, has opened up on her marriage to him.

In an Instagram live session on Sunday, the beauty queen claimed that her relationship with Nwoko changed after he married actress Regina Daniels.

According to Laila, Nwoko shifted all attention to Regina and her son and only showed love to her and her children on social media.

The woman who claimed she married Ned as a virgin added that he refused to let her pursue her modelling career after they got married.

The 30-year-old also said she had to look for jobs to secure a promising future for her kids when she could no longer take the heat, adding that the ten years spent with Ned Nwoko were the worst years of her life.

“How does a person come on social media to flaunt billionaire status when his kids and people in his house are not feeding well?” she said.

Concluding, Laila said that at the end of the day she wishes him well as he is still the father of her kids.

Confirming their divorce in an Instagram post on December 8, Nwoko accused Laila of infidelity, child abandonment, domestic abuse and others.

Regina Daniels Shows Off the ?27 Million Alert Ned Nwoko Gave Her to Have a good time (Picture)