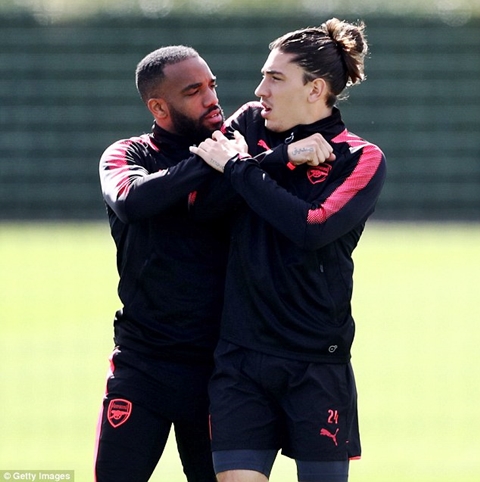 Lacazette (left) appears to clash with Bellerin during Arsenal training
As Arsene Wenger prepared his squad for their Europa League semi-final showdown with Atletico Madrid on Wednesday, Arsenal team-mates, Hector Bellerin and Alexandre Lacazette squared up to each other during training.
According to Dailymail UK, the Gunners were preparing for Thursday night’s Europa League semi-final first leg at the Emirates Stadium and it appeared the pressure was cranked up. 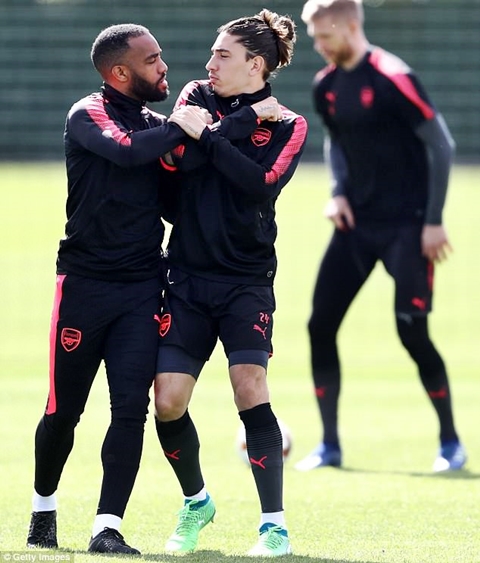 During a training drill, Bellerin and Lacazette clashed as they went up to challenge for a high ball before squaring up to each other.
The two players seemed unhappy with each other and were swiftly separated before the issue was quashed. 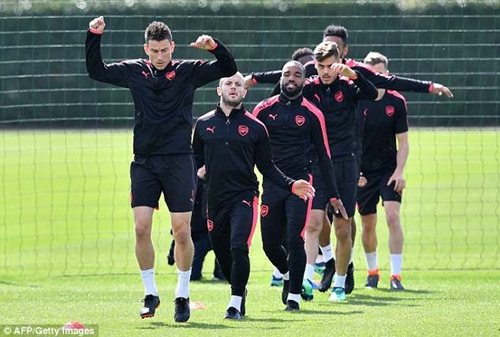 Arsene Wenger who announced last week that he would step down from his position of 22 years following their final match of the  season, is dreaming of his last piece of silverware as Arsenal boss before his departure this summer.
The 68-year-old will be hoping to make the Europa League final on May 16, his last match in charge of the north London club, who can keep that dream alive by securing the advantage with a first-leg victory over Atletico.
--Advertisements--