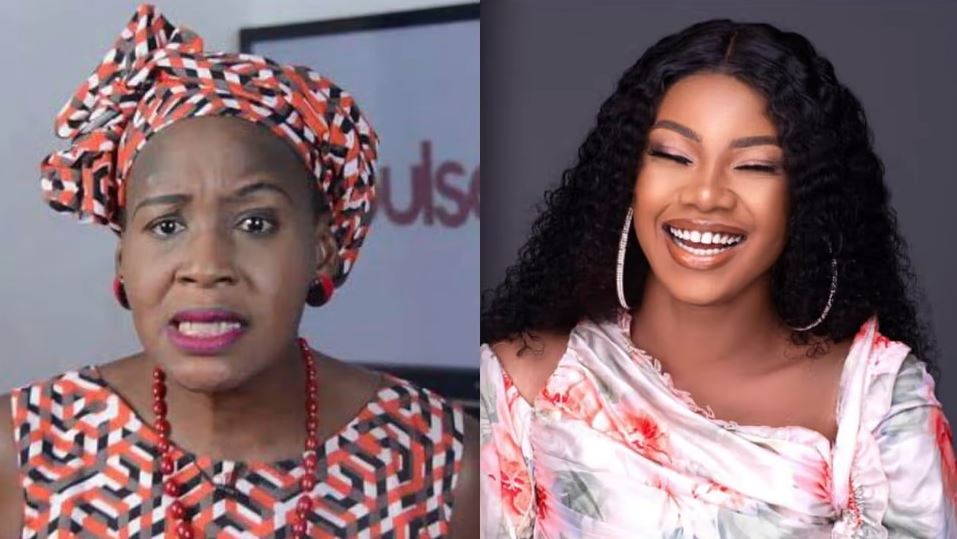 Recall that the popular aphrodisiac specialist, Jaruma had taken to Instagram to call out some notable celebrities such as Ubi Franklin, Tacha Akide, Esther Biade, and a host of others for allegedly owing her.

Kemi Olunloyo on her part who is at loggerheads with Tacha especially after she took to Twitter sometime last year to assert that anyone planning to beat Kemi Olunloyo should record the incident, has weighed in on the saga.

In a recent development, Kemi Olunloyo took to social media to ridicule Tacha the more. According to her, Jaruma disclosed that Tacha is good at begging.

“Jaruma said she didn’t loan anybody Money and they all begged her for money. She even said Tacha is good at begging #RIPTacha. The biggest debtor. N2.7M Lagos and fake life. E pain Titans always calling me beggar.” 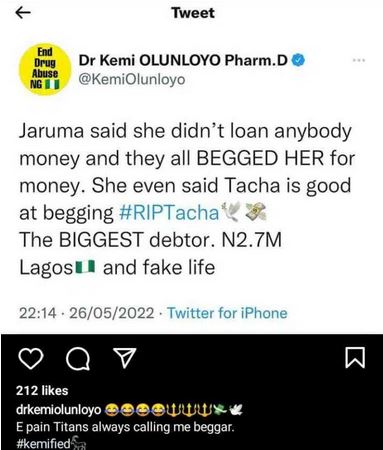