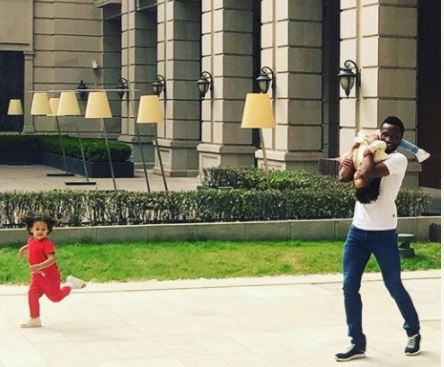 Mikel Obi and his half cast kids
Mikel Obi was pictured playing around with his twin daughters which he had with his Russian girlfriend.
The 30-year-old Super Eagles captain has been doing well for himself in China after his exit from Chelsea Football Club of England. 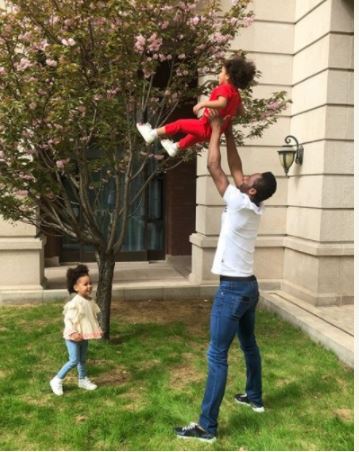