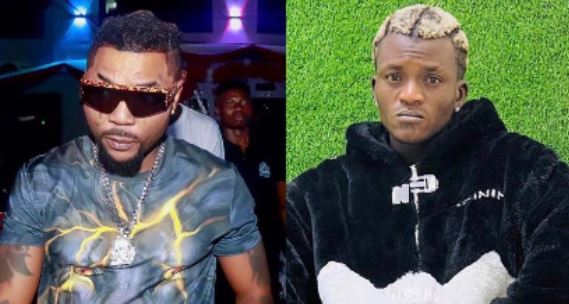 He described The ‘Double Wahala’ crooner as an ingrate during an IG live video.

The singer who recently did a song with Oritse Femi titled, Oro Aje, was having a joint Instagram live session with his friends when one of them played Oritse Femi’s song and he speedily ordered the lady to turn off the music.

Portable further blasted Oritse Femi by stating that he messed up.

The Zazu Zeh hitmaker accused Oritse Femi of being an ingrate who failed to reciprocate the kind gesture he exhibited towards him.