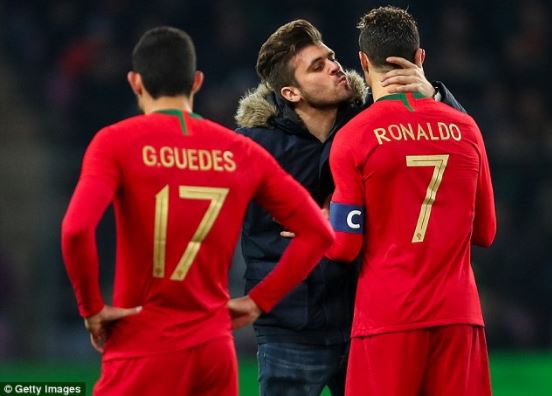 A fan stormed the pitch to kiss Ronaldo
Portuguesel football star, Cristiano Ronaldo was given a kiss by a pitch invader during Portugal’s 3-0 defeat by Holland on Monday night.
Portugal lost the match by 3 goals to nil at the end of the match.
Portugal were already three goals down when Joao Cancelo received a second yellow card and was sent off during the friendly. 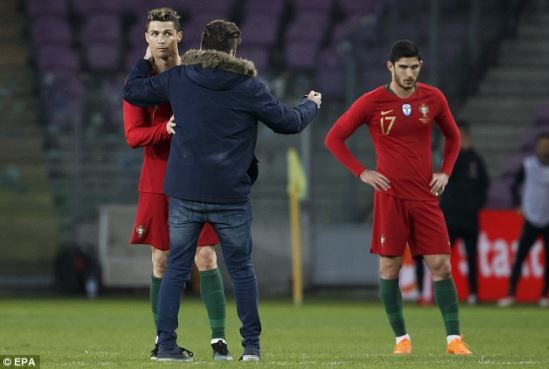 As the game was about to restart following Cancelo’s dismissal, a number of fans raced onto the pitch at Stade de Geneve in Switzerland.
One supporter – clearly very fond of Ronaldo – ran up to the Real Madrid star and planted a kiss on his left cheek. 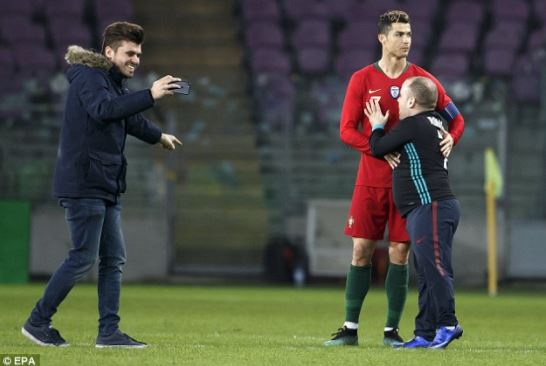 Another fan tried to meet the Portugal star
Ronaldo looked nonplussed about the man’s gesture before he was substituted in the 67th minute – even then one fan tried to grab him for a ptuneograph as he walked to the players’ tunnel.
It was a disappointing night overall for Ronaldo and his Portugal team-mates.