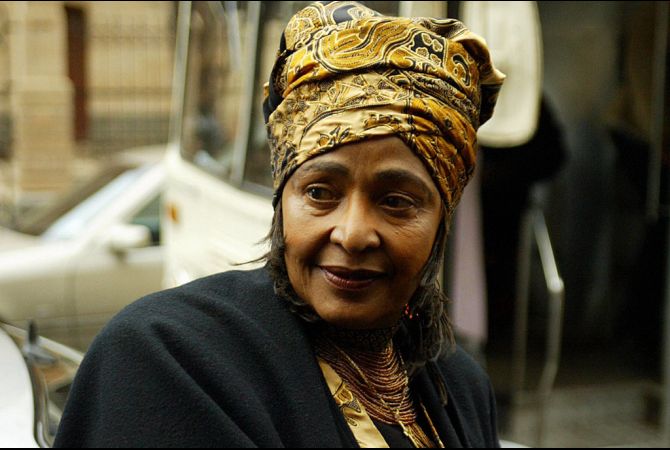 Late Winnie Mandela
According to the BBC, South African anti-apartheid campaigner Winnie Mandela has died aged 81. The revelation was made public by her personal assistant, Zodwa Zwane Monday afternoon.
Winnie Madikizela Mandela was the former wife of South Africa’s first black president, Nelson Mandela.
Zwane said Winnie’s family would issue a statement later in the day.
Born in Bizana in the Eastern Cape in 1936‚ she moved to Johannesburg to study social work after matriculating.
She met lawyer and anti-apartheid activist Nelson Mandela in 1957 and they were married a year later. They had two children together.
However‚ her marriage life with Mandela was short-lived‚ as he was arrested in 1963 and sentenced to life imprisonment for treason. Mandela was eventually released in 1990 and went on to become South Africa’s first black President.
More details later…
--Advertisements--