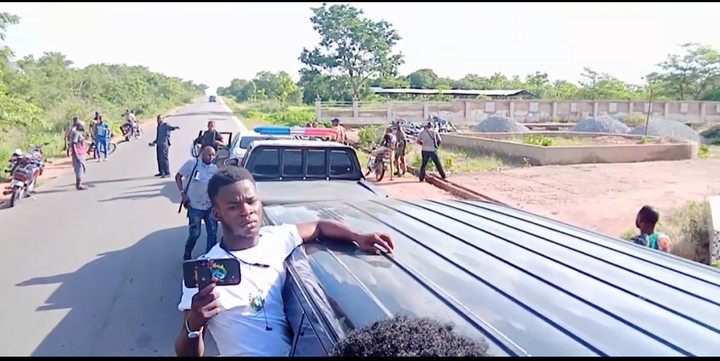 Igboho was in the town to access the level of damage in yesterday’s attack.

During the visit, Igboho also tried to comb the forest in search of the herdsmen.

He was, however, prevented from entering the forest by a team of fully armed soldiers, who were trailing his convoy immediately they arrived the town.

Our correspondent who is on ground sighted about 8 trucks of the Nigerian Army behind Igboho’s convoy.