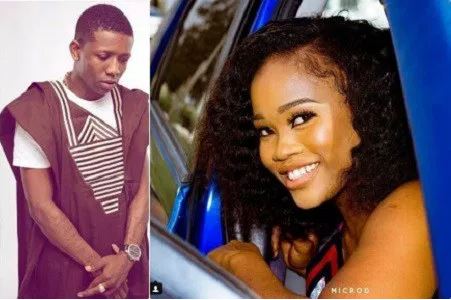 Small Doctor and Cee-C
Nigerian musician, Small Doctor has proposed to marry controversial Big Brother Naija housemate, Cee-C.
The singer took to social media to reveal his intention. According to him, he wants someone like Cee-C who can bring drama to his life.
He declared his love and intention to marry her when she comes out of the house on Twitter by writing: “I’m Just Waiting For Cee C To Be Back Home . I Just Wanna Wife Her Straight Up… I’m Excited Already… I Need A Drama Queen In My Life.”
Small Doctor is known for his banger hit, ‘Penalty’ which made him a popular star.