The former EME star, Skales has bagged the world-famous award nomination in his career. Skales, a Nigerian singer has been nominated for the category of Album of the year in the 63rd Grammy award nomination.

Skales who couldn’t hide his excitement took to social media to express his excitement as he gets nominated for the prestigious award. He  further took to his twitter page to urge his fans to vote as he wrote:

HEADING FOR A GRAMMY, ONE STEP CLOSER. THE #HEALINGPROCESSEP HAS BEEN TICKED FOR A @RECORDINGACAD CONSIDERATION. TO THE VOTING MEMBERS, LET’S GET

PS ;- IT’S ONLY THE @RECORDINGACAD MEMBERS THAT CAN VOTE O … WE ARE ON CONSIDERATION STAGE … THANKFUL 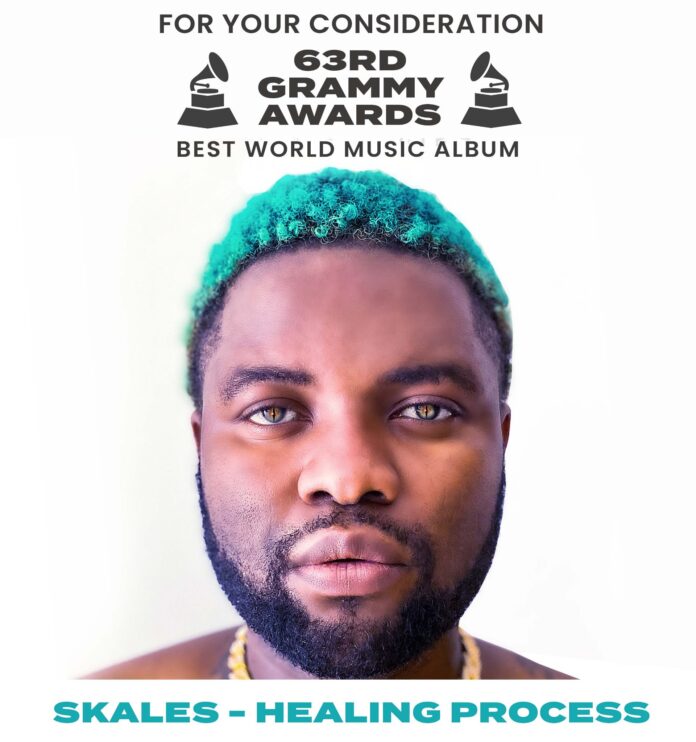 However,  the voting academy members will determine whether his album will be fully considered for a nomination in the next Grammy award which comes up in 2021.