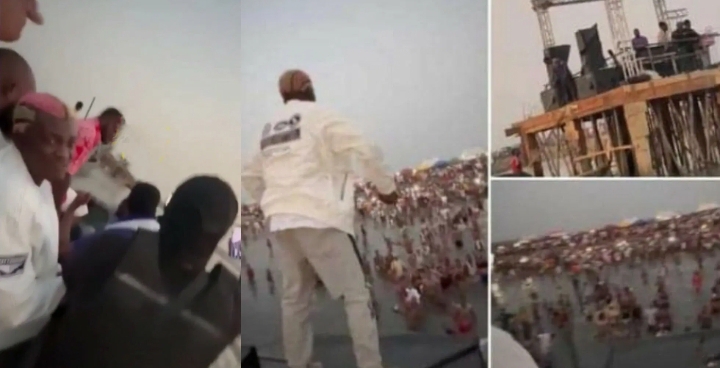 Controversial music star, Portable, had a gig in Port Harcourt and it was an entirely different experience from other shows he has performed at.

Videos making the rounds on social media, captured the moment the Zazuu Crooner arrived at a riverside alongside his crew members and show organizers.

The Singer and his team were ushered into a boat that conveyed them to a stage set up in the middle of the river.

An over shocked Portable screamed out in fear, as he cried out for help.

Upon gaining access to the stage, the singer continued his energetic performance as usual with some overzealous fans risking it all and entering the river to get a closer view of the singer.