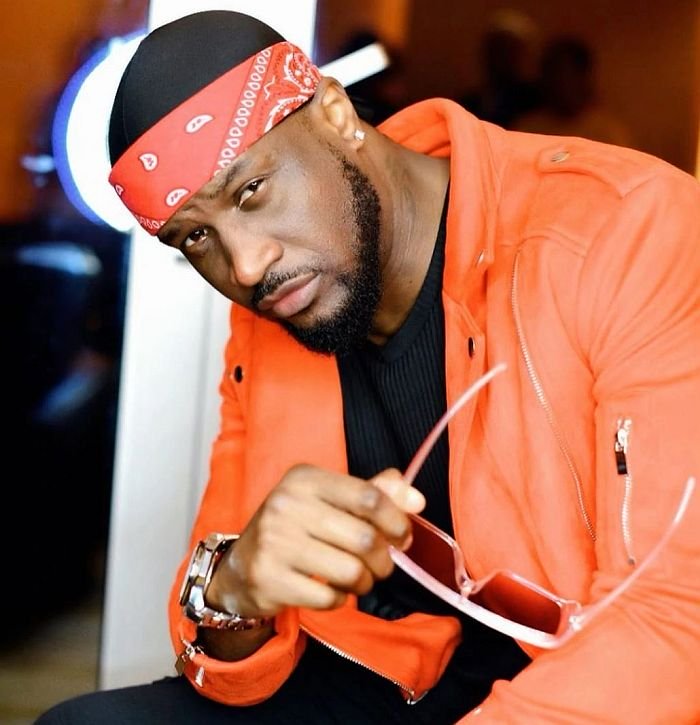 The singer slammed those who are quick to say he is an ”ingrate” that made it in Lagos, while asking him to go back to his home state, Anambra.

In a tweet posted on his handle this morning, the singer said that those who troll him with the ”making it in Lagos comment” are still broke in the same Lagos. He wondered if it is forbidden for them to also make it in Lagos.

"Abi dem forbid you to make am for LAGOS? Go and lick your wounds! After elections 2023 we go still dey alright!” 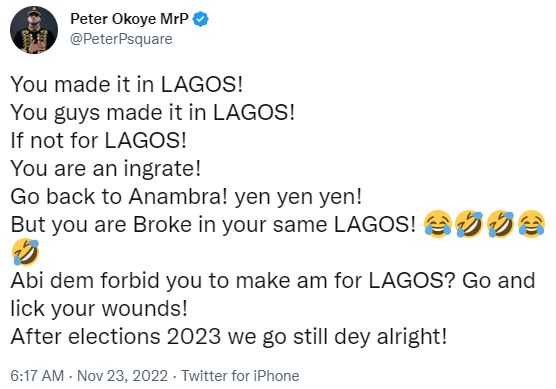