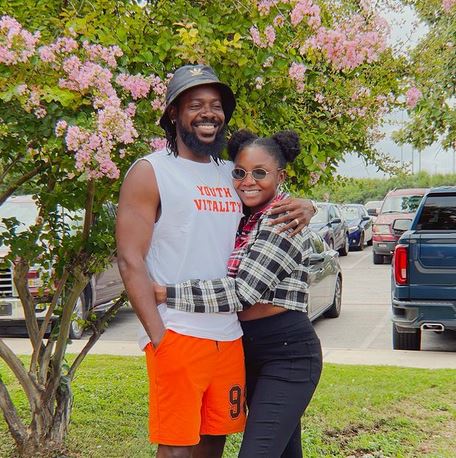 The mother of one took to her official Twitter handle some moments ago to lament over the fact that her husband, AG baby, doesn’t listen to advice.

She stated this while replying her husband’s tweet where he lamented over the loss of his football team, Manchester United.

Reacting to Adekunle Gold’s tweet, Simi said to her husband, – “The problem is you no dey hear word”.