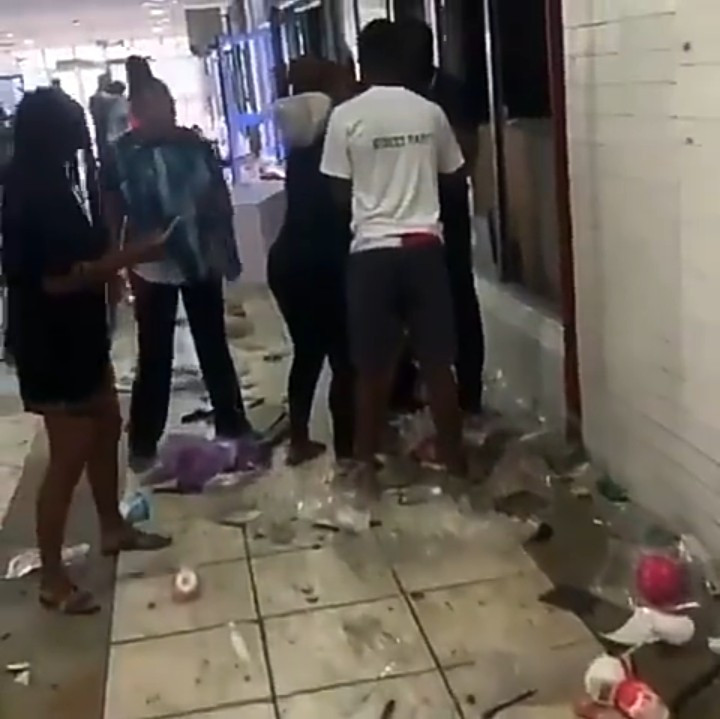 Some heartbreaking shop owners have broken down in tears while inspecting the damage done to their shops in Lagos.

The shop owners visited their stores to check out the damage done after hoodlums invaded and the sight left them in tears.

After curfew was imposed in Lagos State on Tuesday, October 20, following which peaceful End SARS protesters were shot at by uniformed men, the state descended into chaos and hoodlums took advantage of the violence to loot malls.

The Surulere complex of Adeniran Ogunsanya Mall was one of those stores looted by hoodlums. They stole goods and damaged the things they couldn’t cart away.

A video of shop owners crying as they saw the damage done has now been shared online.

Shop owners in tears as they inspect the damage hoodlums did to their stores at the Surulere shopping mall.