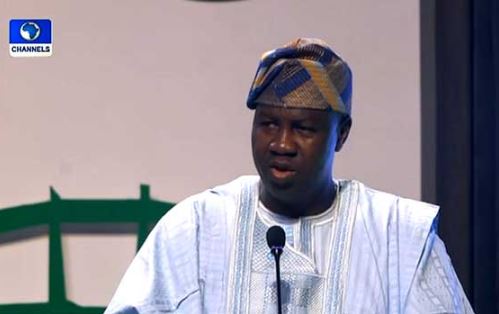 Babatunde Gbadamosi,
The governorship candidate of the Action Democratic Party, ADP, in Lagos State, Babatunde Gbadamosi, has described the public sector pay in the state as disgraceful.
He, therefore, promised that if elected into office as governor in the state, his first priority would be to fix the public sector pay.
He assured that workers would get more pay once he assumes office as governor.
Gbadamosi, who made the promise at the recently held governorship debate, noted that there was a massive gap between what public sector workers are paid and the kind of services they are expected to offer.
“The first thing I am going to be looking at very quickly is public sector pay. What we pay our civil servants and what we demand from them, there is a massive gulf between the two"