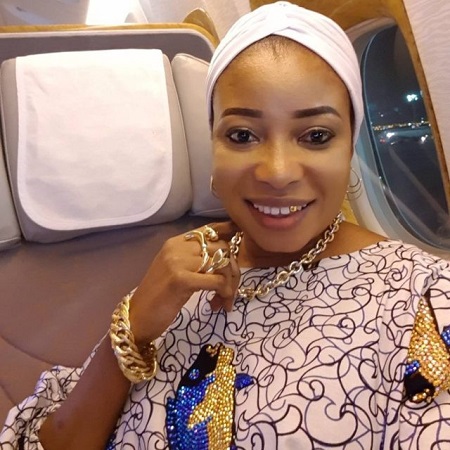 Actress Liz Anjtune
Nollywood actress and business woman Liz Anjtune has finally opened up on why she dumped Christianity for Islam.
According to a report by Goldmyne, the actress revealed that her mother was born into a Muslim home but married a Christian, however when poverty struck and they became homeless, they sought refuge in churches, sleeping in different churches at night and automatically became believers.
“When my mom died, more than ten churches rejected her corpse for burial.
Despite her desperation and sorrow and the looming nationwide strike ahead, plus her mother’s instructions, she couldn’t find a church to help her." the actress said.
She added: “Through it all, it was the faith I rejected that stood by me, prayed for my mom’s corpse, performed only the necessary rites while the church only gave us burial space after much fuss.”
Following the incident, the actress made up her mind to become a Muslim. She also pledged to go to Hajj to solidify her faith.