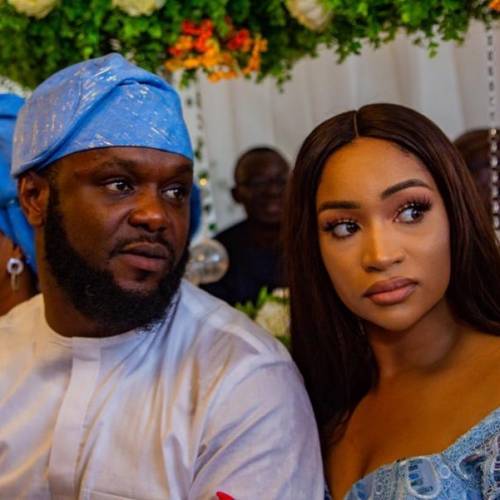 An exclusive SaharaReporters report has shown that Seyi, son of a former Lagos State governor, Asiwaju Bola Ahmed Tinubu, has jetted out of Nigeria.

Seyi on Thursday morning at about 1:53am flew out to London, United Kingdom, in a private jet with members of his family and a few others, SaharaReporters has exclusively learnt.

The emergency trip follows the growing resentment in Lagos against his father, who has seen some of his known investments in Lagos and Abuja targeted and burnt by angry Nigerians over his perceived involvement in the deployment of soldiers, who killed peaceful protesters in the Lekki Toll Gate area of Lagos on Tuesday night.

Over 10 peaceful protesters were killed by soldiers in Tuesday’s massacre while demanding an end to police brutality and state repression.

An overwhelming majority of Lagos residents have accused the All Progressives Congress’ National Leader of being behind the incident — a claim he has denied.

In retaliation for the killing of peaceful protesters, angry citizens on Wednesday morning burnt down Television Continental and The Nation Newspaper — both media establishments with headquarters in Lagos believed to be owned by Tinubu.

Earlier on Tuesday night, angry Nigerians had burnt the toll plaza of the Lekki-Ikoyi Link Bridge, another money spinner said to be controlled by the former Lagos governor.

On the manifest of the flight expected to land at London Stansted Airport obtained by SaharaReporters, the passengers on board include Tinubu Oluwaseyi Afolabi, his wife Tinubu Layal Chinwe, their daughter born in London during the COVID-19 lockdown period Tinubu Noella Amira Rose Titilayo, Tinubu Bolatito Ayyan Jidenna, members of his wife’s family and their baby sitter made up of Holm Rosemary Nkechinyelu, Holm Sean Obiagulu and Cardona Melisa Felizarta.

The all Greek crew members of the jet include Spyridon Kouris, Stantidis Dimitrios and Trylon Foteini.

The ex-Lagos governor controls two private jets – one through his younger sibling – Wale Tinubu – and a Falcon 900X with registration number T7-JAT to his name.

Seyi, according to findings by SaharaReporters, disguised to avoid being identified by irate youth, who had taken over major roads across the city, to get to the airport to board the $60m Falcon 900X jet that flew him and his family out of the country.

As one of Tinubu’s most favoured children, 35-year-old Seyi, who is the Chief Executive Officer/Chairman of Loatsad Promomedia and the Founder of the Noella Foundation, controls a vast business empire with most of his income coming in from advertising where his father’s influence has continued to pave the way for him.

In February 2019, the Free Lagos Movement alleged that the young man was appointed as the emergency financial consultant to all parastatals and local governments in Lagos State.

The group also said that Seyi was being positioned to take over as governor of Lagos State in 2023, continuing the family’s dominance of politics in the state.

Seyi’s mother, Oluremi Tinubu, is currently a Senator in Nigeria.

Asiwaju Tinubu, his father, who is known to be eyeing the Presidency in 2023 when the rancorous administration of President Muhammadu Buhari comes to an end after eight years and is believed to be in France at the moment, has been accused of feeding fat on public funds through cronies he has planted in key public offices across the country.

Apart from almost solely determining, who emerges governor of Lagos and those to occupy other key positions in the state, the APC stalwart has his mark everywhere – his daughter Sade, is the Iyaloja General of Lagos and Nigeria, while her husband, Mr Oyetunde Ojo, was a member of the House of Representatives.