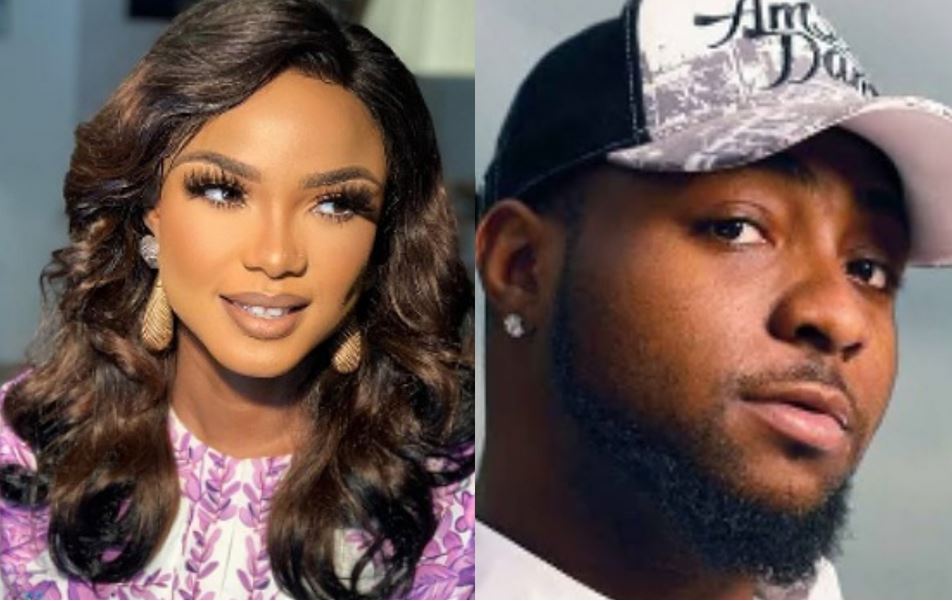 Nollywood actress, Iyabo Ojo has taken a swipe at singer, Davido for demeaning her female colleagues in the industry.

In the 2011 post shared on the microblogging platform Twitter, Davido opined that Nollywood is just a way for female stars to advertise their body to wealthy men.

According to Davido, female Nollywood stars make more money from having sex than from featuring in movies.

Iyabo Ojo immediately lashed out at him, oblivion of the fact that it was an old tweet.

Shading him, she stated that he wasn’t in a position to talk about the actress’s lifestyle since he is known to be a serial baby daddy.

She wrote, “Nooooo aba not from you haha. Abi Shey won hack account e ni. Not from a serial babydaddy @davido and I like you and your craft o”. 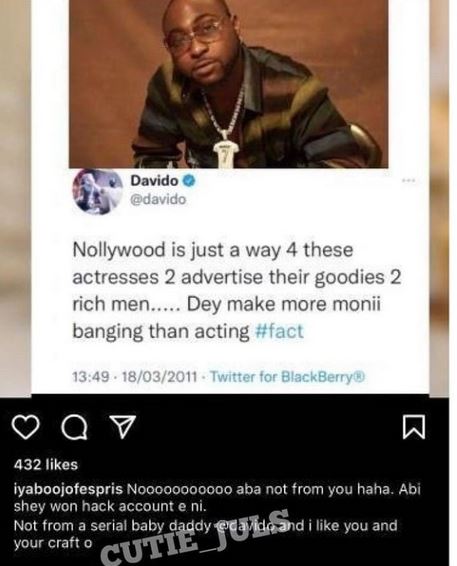