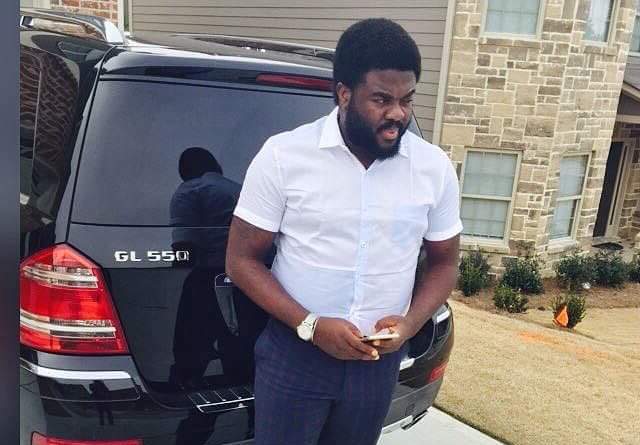 Nollywood actor and one of the Afolayan brothers, Aremu, has opened up about his upbringing and according to him, he was born into a poor family.

The actor who people would have easily assumed that being the son of the late popular filmmaker, Adeyemi Afolayan fondly referred to as Ade Love would mean he grew up in a wealthy home said his father only made money but never had money.

The actor who spoke in an interview with Saturday Beats mentioned that the first time he would see an airport was in the year 2006.

“I was born poor but I don’t know if my other brothers would say otherwise but I know that I was born poor in a makeshift wooden face-me-I-face-you house in a very poor area. Rich people never affiliated themselves with us or allowed their children to play with us.

In fact, we did not see them because there were no rich people in the area I grew up, everyone was poor. There was no life for me basically while I was growing up. I got to know where the airport is in 2006. That was the year I would say I started to enjoy life a bit.

I did not know anything about how to enjoy life while I was growing up and there was no one to enlighten me. That is why I never took school seriously because I had to sell pepper soup for my mother. We would go to her shop by 3:30 pm when I returned from school. Then, we would get home at about 5 pm. This happened all through my formative years, it happened from 1991 till 2002”.

“My mother later had to retire from that business and I got all the freedom I had been hoping for in my life. No matter how high my hopes were, I could not just leave my mother alone to fend for herself because I am her last born. I eventually became a model in 2002. After the modeling, I went into the film industry.

As a model, I got some jobs but I was always nervous in the midst of the new friends I made, no thanks to my background as a poor boy. I did not grow up going to clubs, smoking or drinking alcohol. I was not exposed to that ‘hip-hop’ life because my background modified my life and made me who I am today.

If I was exposed to that lifestyle maybe I would have been dead by now because I may have had a very flamboyant lifestyle and I would be a night crawler. When I began my acting career, I tried to see if people would appreciate my talent but they were biased towards me despite my family name.

No one tried to help me until I met Bob Manuel one day, he gave me a ‘waka pass’ role and like they say, the rest is history. No one, not even my brother helped me to get to where I am today. I worked hard myself,” he said.

When asked why his famous father whom many believed was wealthy could not help out, he simply said, “People assume a lot in Nigeria. My father was never a rich man; he only made money but never had money.

Whenever he made money, he spent it almost immediately. He was supposed to have money but he did not because he did not have investments. He did not leave anything for me to live on but he made me work and earn a living for myself.

If he had left something, maybe I would have grown better than this but it has taught me that I would not do the same for my children. My father was only famous but he was never wealthy”.