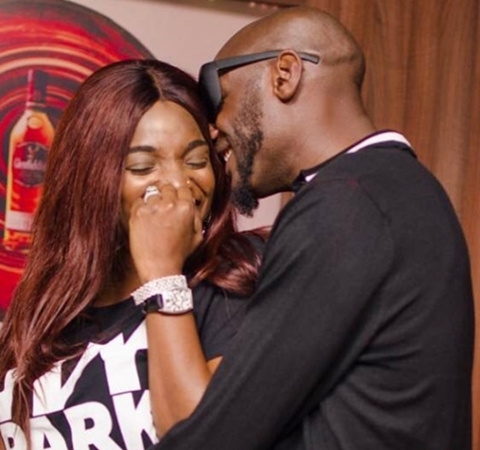 2Baba and Annie
Multi-award winning Nigerian R&B superstar, Innocent Idibia a.k.a 2Baba and his Nollywood actress wife, Annie Macaulay, who have been married for few years now, have flown out of the country to celebrate their wedding anniversary.
In celebrating their 5th wedding anniversary, Annie decided to give her husband a big surprise by travelling with him abroad, and everything went has planned.
The Idibias got married secretly in Lagos on May 2, 2012. They had their traditional wedding in Eket, Akwa-Ibom state on March 8, 2013, and had their white wedding at the beach front in Dubai on Saturday, March 23, 2013. Their union is blessed with two beautiful daughters.
The beautiful mother-of-two revealed that with the help of her manager, Naomi and some other close friends, successfully planned 2Baba’s surprise trip to Ghana and the couple had fun.
Annie shared a Video from the party on her Instagram handle saying: “And he was pleasantly surprised. Flew him to Ghana and he had to idea. Shout out to @iamfrankiej, @efeomorogbe, @naomibossladythegreat and my @small_god for making this happen.” 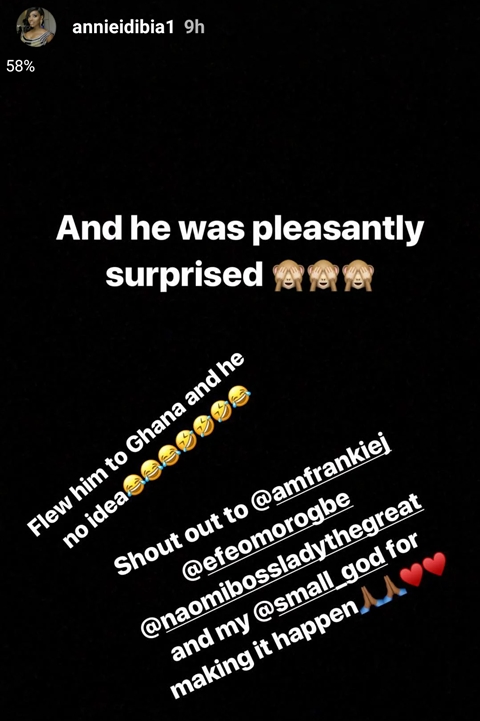 She did not end there but also shared a Video of her, 2Baba and a friend at a party on Snapchat. 2Baba was not really seen in the Video because he was the one making the video.
Watch the Video below;

Annie flies 2baba out to Ghana for their wedding anniversary