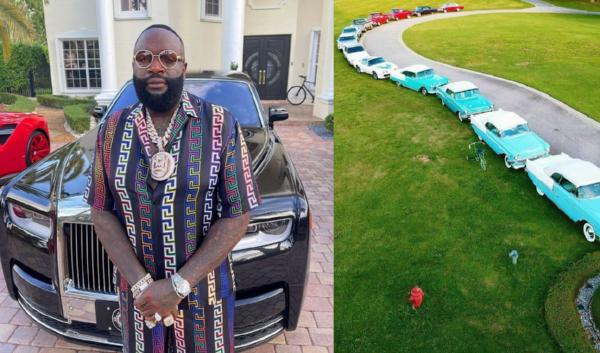 The rap artist Rick Ross showed off over 100 cars which he has acquired over time.

According to AutoJosh, in a clip he shared online, Ross can be seen walking down the driveway of his 400-acre, 109-room Georgia estate, which is lined with classic cars and trucks from his collection.

In the video, Rick Ross can be heard saying:

“Just pulled a few of them out”

“Got to motivate the hustle. That’s what we going to do.”

At least 13 American-made vehicles made an appearance in the clip. These includes four of his seven Chevrolet Bell-Airs, a Pontiac Trans-Am and several generations of Chevy C/K trucks.