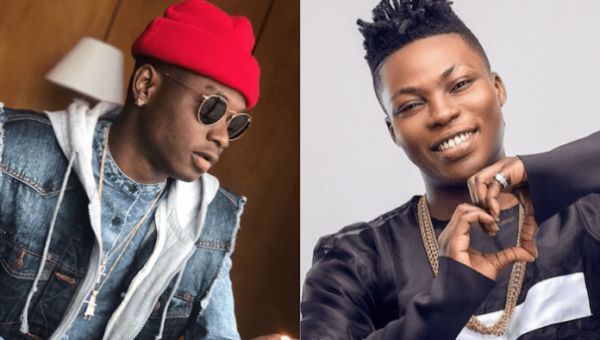 Reekado Banks’ manager and brother, Temi Solomon, insists that his artiste doesn’t feel sorry for saying he is a better artiste than Lil Kesh.

It will be recalled that when Reekado was adjudged the Next Rated Artiste at the 2015 Headies Awards, it generated mixed reactions. Olamide, who was Lil Kesh’s boss at the time, was furious that his protégé didn’t win the award.

While reacting to Olamide’s public outburst, Don Jazzy (Reekado’s boss) said he was ready to let Olamide and his boy have the car prize if that was what made them upset. That comment degenerated into a war of words on the Internet before both parties were implored to sheathe their swords.

Two years after the ugly event, at his recent Thank You concert in Ibadan, Reekado declared in pidgin English that he is better than Lil Kesh and his father. He said, “I remember when they said I didn’t deserve the Next Rated award. The person that they said deserved the award, I am better than his father.”

When Sunday Scoop reached out to Reekado’s manager and brother over the statement, he said his brother only said what was on his mind, but he didn’t mean to hurt anyone

He said, “It is not something I want to talk about. If certain people were annoyed because he spoke his mind, I think those people are not his fans. Our fans would not complain about what he said in that manner. He didn’t mean to hurt or harm anyone and we don’t have something against the artiste (Lil Kesh).”

According to Temi, Banks was not misinterpreted, neither was he under any influence when he said he is better than Lil Kesh. He said, “If he said he is better than someone, he probably meant it. I really want to know the fans who were angry about it. Was it Reekado’s fans or the person’s fans? He said what was on his mind and it is not compulsory for everyone to agree with him.