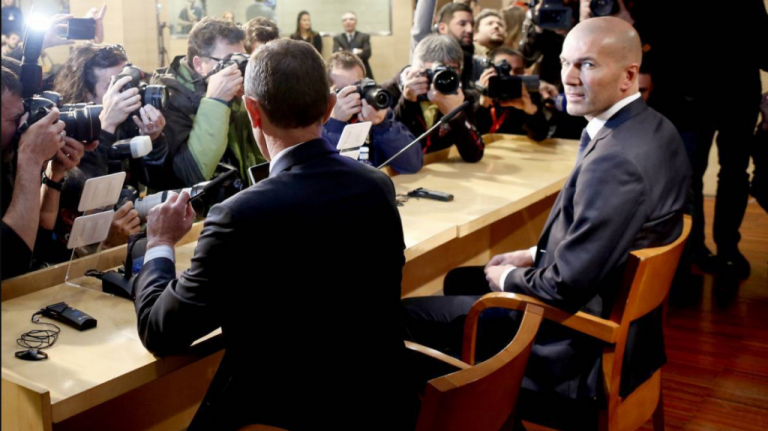 Zinedine Zidane has returned as Real Madrid manager just 10 months after leaving the Spanish giants. The Frenchman replaces Santiago Solari, who was in charge for less than five months.

Former Real midfielder Zidane, 46, who left in May after leading the club to a third straight Champions League trophy, has agreed to take over until 2022, the club announced.

Solari was sacked after a 4-1 win over Real Valladolid on Sunday – which followed a shock Champions League exit to Ajax.

That 4-1 home defeat and 5-3 aggregate loss to the Dutch side was the final straw for Real president Florentino Perez.

The defeat by Ajax followed two consecutive losses to Barcelona in El Clasico – a 1-0 reverse in La Liga and a 4-1 aggregate defeat in the Copa del Rey.
Zidane stepped down following the Champions League final victory over Liverpool, and Julen Lopetegui was hired as his successor just before the World Cup where he had been due to lead Spain, who promptly sacked him.