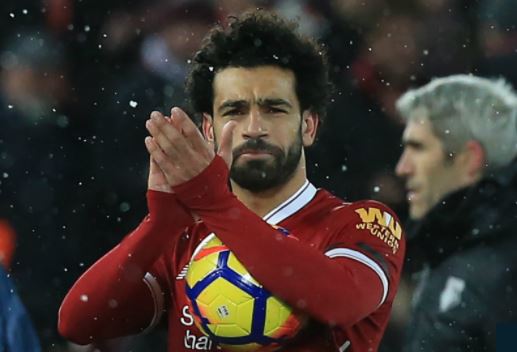 Mohamed Salah
Europe’s giants are readying a bid for Liverpool star Mohamed Salah that will surpass the fee paid for Neymar, according to The Sun.
Real Madrid, Barcelona and Paris Saint-Germain are all tune on the trail of the Egypt international and believe that after the Reds failed to hold onto Philippe Coutinho, Salah can be also be lured away.
The interested clubs know it will take a lot to pry him from Anfield, however, and are prepared to offer £200 million for Salah, surpassing the £198m paid for Neymar last summer.
Jose Mourinho is ready to take advantage of contract discord in order to land Arsenal midfielder Aaron Ramsey, reports the Daily Star.
Ramsey has one year left on his deal and Mourinho thinks the Wales international could provide a lift to a side that has seen big signings Alexis Sanchez and Paul Pogba struggle in recent times.
Chelsea are also monittuneg Ramsey, who has suggested his contract talks were made secondary, behind the likes of Alexis and Mesut Ozil.
--Advertisements--