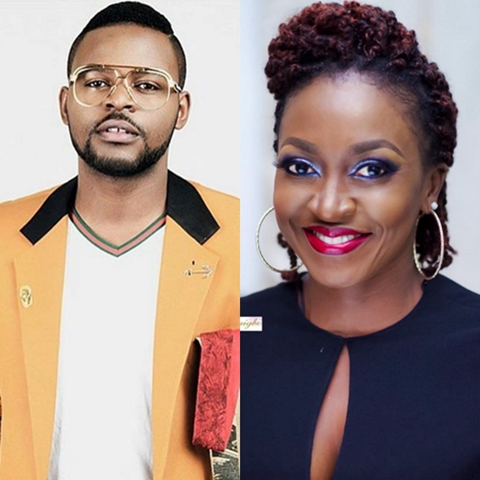 Falz and Kate
Popular Nollywood actress, Kate Henshaw, has taken to her Twitter page on Tuesday to jokingly claim that one of the security aides of rapper, Falz the Bahd Guy, rough-handled her.
The multi-award winning actress shared her experience and wondered why the rapper needed to go about with four “assistants.” 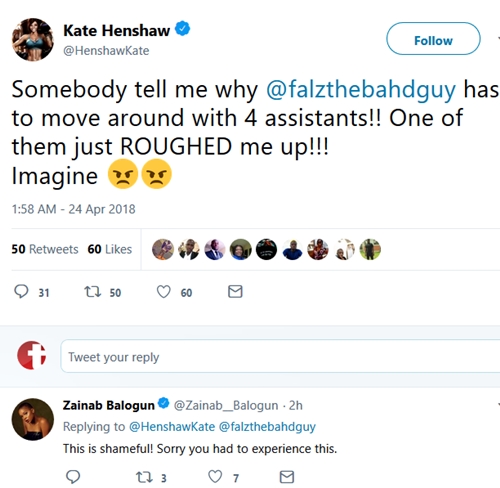 However, a call to Henshaw’s manager, Funke, revealed that she was on set with the Falz and another actress, Funke Akindele-Bello, who also commented on the tweet, saying, “#istandwithkatehenshaw #saynotorudecolleagues“.
Kate Henshaw’s manager also noted that the tweet was suspected to be an attempt to get fans talking about the ongoing movie project and nothing serious. 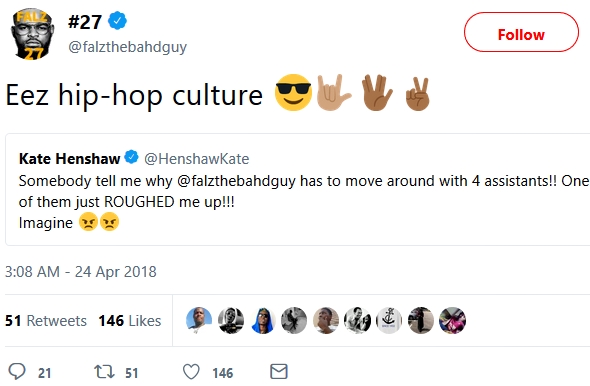 The trio of Kate Henshaw, Falz and Funke Akindele Bello are currently on the set of a new movie scheduled for release in December.
It is strongly suspected that the encounter may have happened on the set of the movie.
--Advertisements--