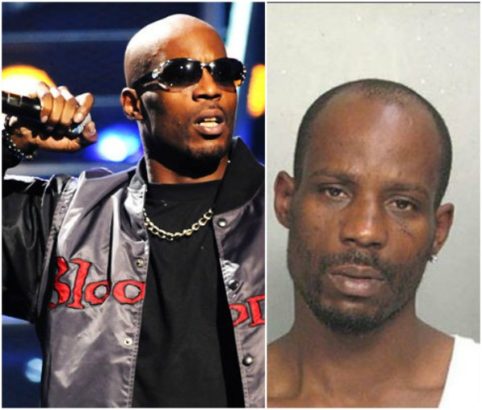 American rapper, DMX, real name Earl Simmons, who admitted in November to evading $1.7 million in taxes, was sentenced on Wednesday to one year in prison for tax fraud, after he insisted he wasn’t “like a criminal in a comic book” trying to scheme against the government.

“What these bitches want”, was accused of hiding money from the IRS from 2010 to 2016, largely by maintaining a “cash lifestyle.”

“I knew that taxes needed to be paid,” DMX said shortly before Manhattan Federal Judge Jed Rakoff handed down his sentence.

“I hired people but I didn’t follow up. I guess I really didn’t put too much concern into it.

“I never went to the level of tax evasion where I’d sit down and plot . . . like a criminal in a comic book,” said DMX who grew teary at points during the proceeding.

New York Times reported that prosecutors had pushed for U.S. District Judge Jed Rakoff, to hit DMX with a sentence ranging from four years and nine months up to five years in prison.

In their sentencing papers, prosecutors urged Rakoff to “use this sentencing to send the message to this defendant and others, that star power does not entitle someone to a free pass, and individuals cannot shirk the duty to pay their fair share of taxes.”

However before being sentenced, DMX said he was sorry for having failed to pay taxes. His lawyer also played part of Simmons’ 1998 song “Slippin’” in the courtroom, describing difficulties he has faced.

“They put me in a situation forcing me to be a man/ When I was just learning to stand without a helping hand,” Simmons raps in the song.

The rapper has 15 children by multiple women. Before the tax charges, he had an arrest record including charges of animal cruelty, reckless driving, drug possession, weapons possession and probation violations. The rapper has also had several felony convictions, and served prison time in Arizona.