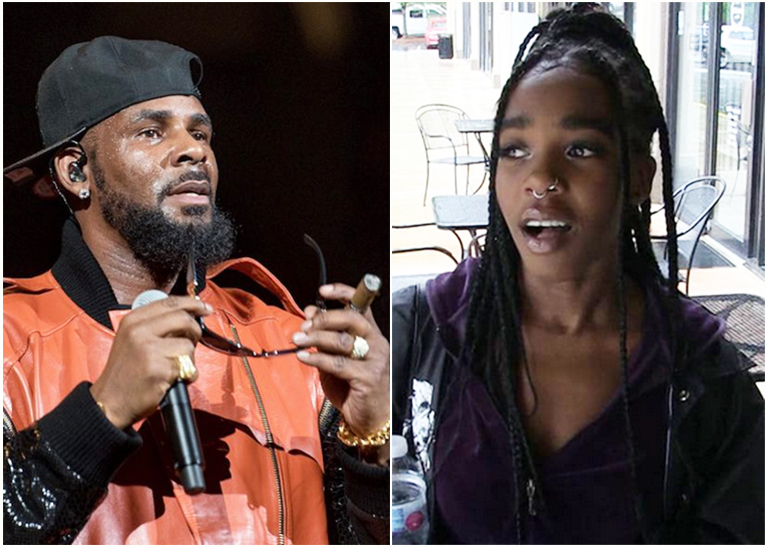 R. Kelly and his daughter
Joann Kelly, the estranged daughter of American RnB singer, R. Kelly, has broken her silence on the different allegations of sexual abuse levelled against her father in a new Docu-series titled Surviving R.Kelly.
Sharing her condemnation on her Insta stories, @bu.k.u, the younger Kelly said her father’s actions were “painful”.
The 21-year-old called the musician a “monster”.
The allegations made by the subjects of the docu-series have become a subject of criminal investigation.
Miss Kelly explained that she stayed silent for the sake of her emotions, not that she cared less about what the victims of her father’s sexual abuse went through.
In the lengthy post on her Stories, the singer-songwriter voiced her support for the victims and prayed for all the “women and families affected.”
She wrote, ‘To the people that feel I should be speaking up/against everything that is going on right now, I just want you all to understand that devastated in an understatement for all that I feel currently.
“I pray for all the families and women who have been affected by my father’s actions. Trust, I have been deeply affected by all of this. However, it has been very difficult to process it all.”
She added that she and her mother Andrea Lee, along with her siblings Jay, 19, and Robert, 17, have not seen or spoken to the singer for a number of years as part of their “healing process”.
Joann, who is also a singer and performs under the stage name Buku Abi, clarified that she doesn’t have a relationship with her father and does not speak for him. She said, “I do not have a relationship with my father, nor do I speak on him or on his behalf.”
Unfortunately, for my own personal [reasons] and for all my family has endured in regards to him, his life, and his last name, he has been in my siblings for many years. In this to my mother, she for the same [reasons] and more, has not seen or spoken to my father in years.
My mother, siblings and I would never condone, support or disagree with anything negative that he has done and continue to do in his life. Going through all i’ve gone through in my life, i would never want anyone to feel the pain i have felt. My family, fabricating me, my siblings, and our mothers “part” etc. does not help my family (Me, my sister, my brother, and my mother) in our healing process.”
Adding, “The same monster you all confronting me about is my father. I am well aware of who and what is he. I grew up in that house. My emotional state. My emotional state. And for my healing. I have to do and move in a manner that is best for me. I pray anyone who reads these understands. It took me almost 3 days to write this. This is a very difficult subject to speak on..again, I apologize if my words do not come out right. “
The aspiring singer then went on to thank her family, friends and fans for all the support through her “difficult year.”
“Thank you. You guys really helped push through this hard time,” she wrote.
As you already know, Kelly’s has controversy and allegations of sexual abuse and predatory behaviour in the wake of Lifetime’s docuseries, “Surviving R. Kelly.”