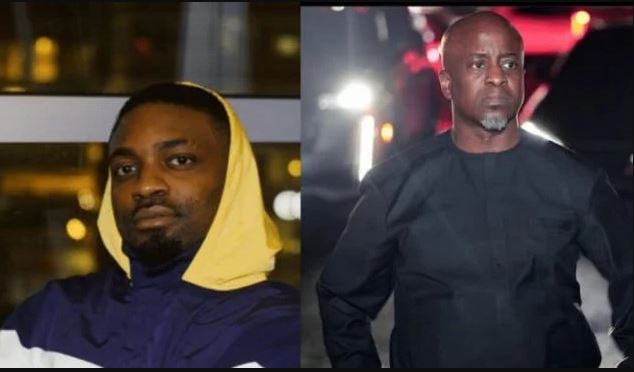 Oluwaseyi Akerele, the Nigerian songwriter and music producer, popularly known as Shizzi, has called out music executive, Efe Ogbeni, for keeping him in a bad record deal.

Shizzi explained via an Instagram post on Tuesday, said that Ogbeni made him sign an “archaic” Minimum Delivery and Release Commitment deal with Sony Music six years ago.

In publishing contracts, the MDRC clause requires a songwriter to deliver a certain number of songs to the publisher, a portion of which must be commercially released recordings.

Traditionally, the clause usually states that such recordings must be released by a major record company or a pre-approved larger independent label.

“Efe is the epitome of a heartless human being! I’ve been stuck in the worst Sony Music publishing deal for six years because of him!,” Shizzi wrote in the post.

He continued, “You will never stop what God has ordained for me! You have done absolutely nothing for my career but try and take everything away from me and my family!”

The music producer claimed he unknowingly signed an archaic MDRC deal because Ogbeni never gave him the chance to choose his own attorney to properly inspect the contract back in 2016.

Instead, Shizzi said he was “forced” to work with a lawyer who happened to be a friend of the music executive.

“I unknowingly got signed to an archaic MDRC deal because of this man. He never gave us the right to choose an attorney to thoroughly inspect the contract in 2016 because his friend/partner in crime was the attorney that we were forced to work with on the deal, and now he doesn’t want to let me free!

“As of late last year, SonyATV said they were going to let me go only if he agrees with terms of termination #FREESHIZZI enough is enough! I will drag your name to the mud with the TRUTH! You can’t get away with this!” he wrote.

Shizzi, in December, traded words with singer, Teni, over the production of her hit song, ‘Case’.