Actress Laide Bakare and Eniola Badmus have clashed on social media after she showed off her two new cars.

It all stated after Laide shared the photos and indicated that she got the two cars in black and white colors so they match her newly commissioned house.

”There comes a Time in every girl’s life, when she decided to pamper herself extravagantly to compensate for years of hard work and Labor, Having saved for years to Aquire more luxurious houses and vehicles, It is save for me to say that persistence is the basic key to glorious Success. Little by little then here I’m Today just Few weeks After my New House opening. I give you All the praise ya Allah NB: Pls Note, This is Not A show off, But to further encourage ladies out there that, its Achieveable, you can be successful on your own without depending on Anybody in life. Huge congratulations To Me Alh shakirat Olaide BAKARE. EVERYTHING NA DOUBLE DOUBLE , i deliberately choose these two colors, to Match my New House painting.”she wrote

Laide in her response described Eniola as the president of beefers.

”@eniola_badmus yes oooo Na me Be that O president Awon Beeffers. Na you speak their Mind. This is purely God’s Doing and iits the Beginning of unending Allah mercy On Me, shebi una dey Beeef ni? NA SUCCESS UPON SUCCESS BE UNA ANSWER. Me no get Time for Hatters Abeg

Responding, Eniola said she was only playing with Laide when she shared the comment 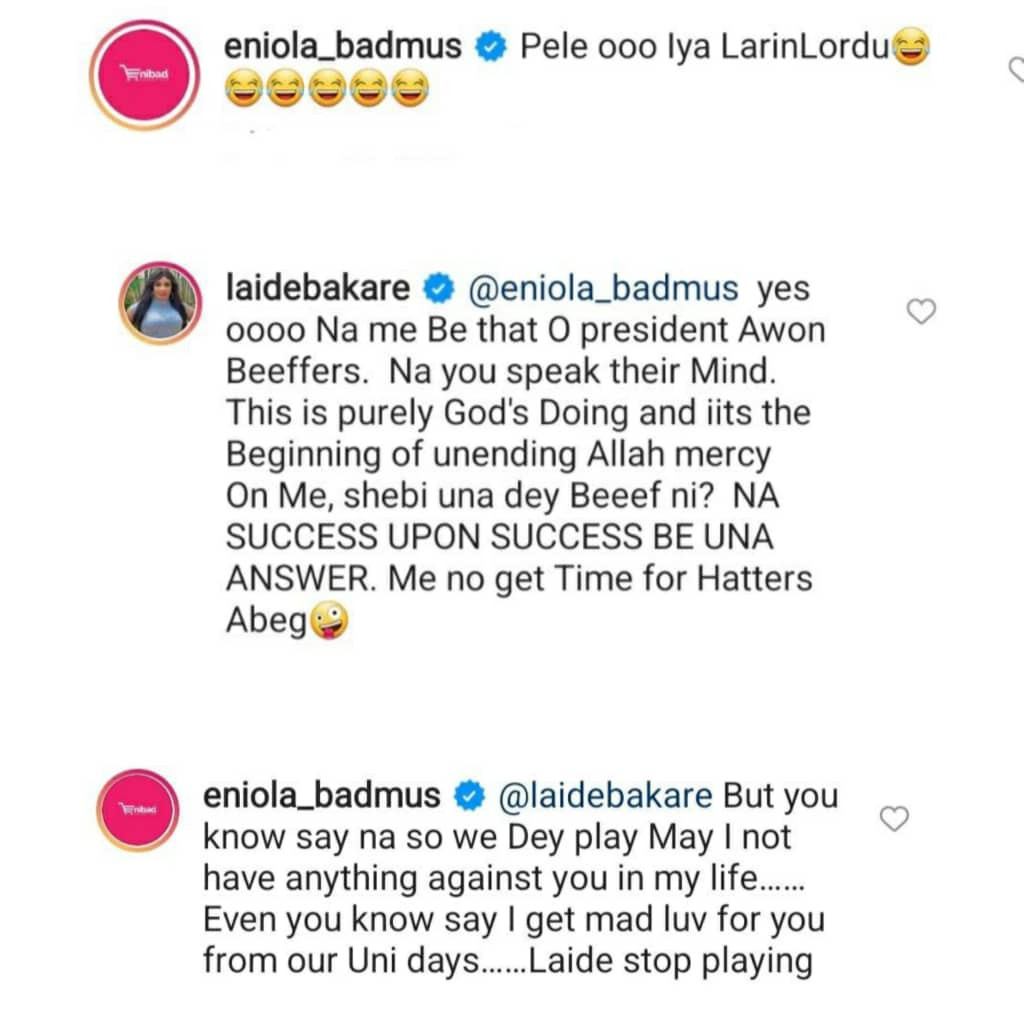 I Am Not 44, Cease Adding To My Age – Eniola Badmus Warns