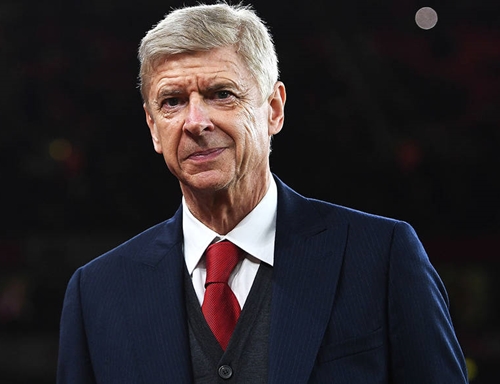 Arsenal Wenger
Arsene Wenger feels Arsenal are more respected around the world than in England and found the recent divisions among supporters "hurtful" after giving the best years of his life to the club.
It was announced on Friday Wenger will step down at the end of the campaign, despite having a season remaining on the two-year contract extension he agreed in May 2017.
The veteran manager’s position has been a cause of fierce contention among fans of the Gunners in recent years, the team having failed to meaningfully challenge for the Premier League title before falling out of the Champions League qualification places.
Arsenal defeated West Ham 4-1 at Emirates Stadium on Sunday in the first match since Wenger’s impending departure was revealed.
Addressing the media after the game, the 68-year-old spoke passionately of his dedication to the club since being appointed in 1996. "I will never completely leave this club, because my first look will be the result and how the club develops," he said.
"I gave the best years of my life to this club. I arrived at 46, worked seven days a week, not six, not six and half, seven – for 22 years. You cannot just walk away and say goodbye like nothing happened. It’s impossible."
When it was suggested such relentless commitment meant he might now be relieved at having finally opted to walk away, Wenger replied: "No, because I was not tired.
"I personally believe this club is respected all over the world, much more than in England. Our fans did not give the image of unity I wanted all over the world. That was hurtful. The image we gave is not what it is and not what I like.
"I feel that this club has a fantastic image and for me that is absolutely vital. Sport is about winning and losing and you have to accept that, even though I will not be there anymore.
"For me that was always a worry, how the club is perceived worldwide. For kids that play in Africa, and China and America, the dream it can create."
Asked to clarify remarks that appeared to be a direct condemnation of some members of the Arsenal faithful, who had been vocal in their disapproval of Wenger’s continuing presence, he added:
"I’m not resentful. I do not want to make stupid headlines. I just feel if my personality is in the way of what our club is… the fans were not happy, I have to understand that. That’s my job."
--Advertisements--