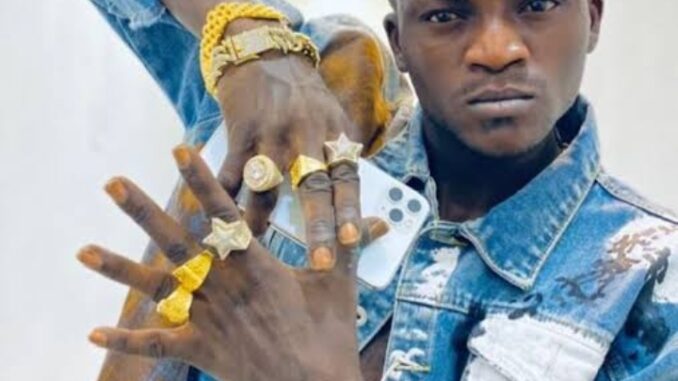 Nigerian singer, Habeeb Okikiola alias Portable has said that he is the only Nigerian artiste making money from his fans.

The Zazuu star took to his verified Instagram page and announce that he made millions from a show after thrilling attendees.

Portable shared a video showing the naira notes which flooded his living room and said the money is what was sprayed on him at the event.

He stated that he only can be seen in shows where people shower him with cash and not the type that is fraught with violence.

The controversial singer further asked his colleagues if they go on tour like him, and whether they are able to make as much money as he does.

Portable could be seen packing the money while expressing joy and saying that he has steadily cashed out from January to December.